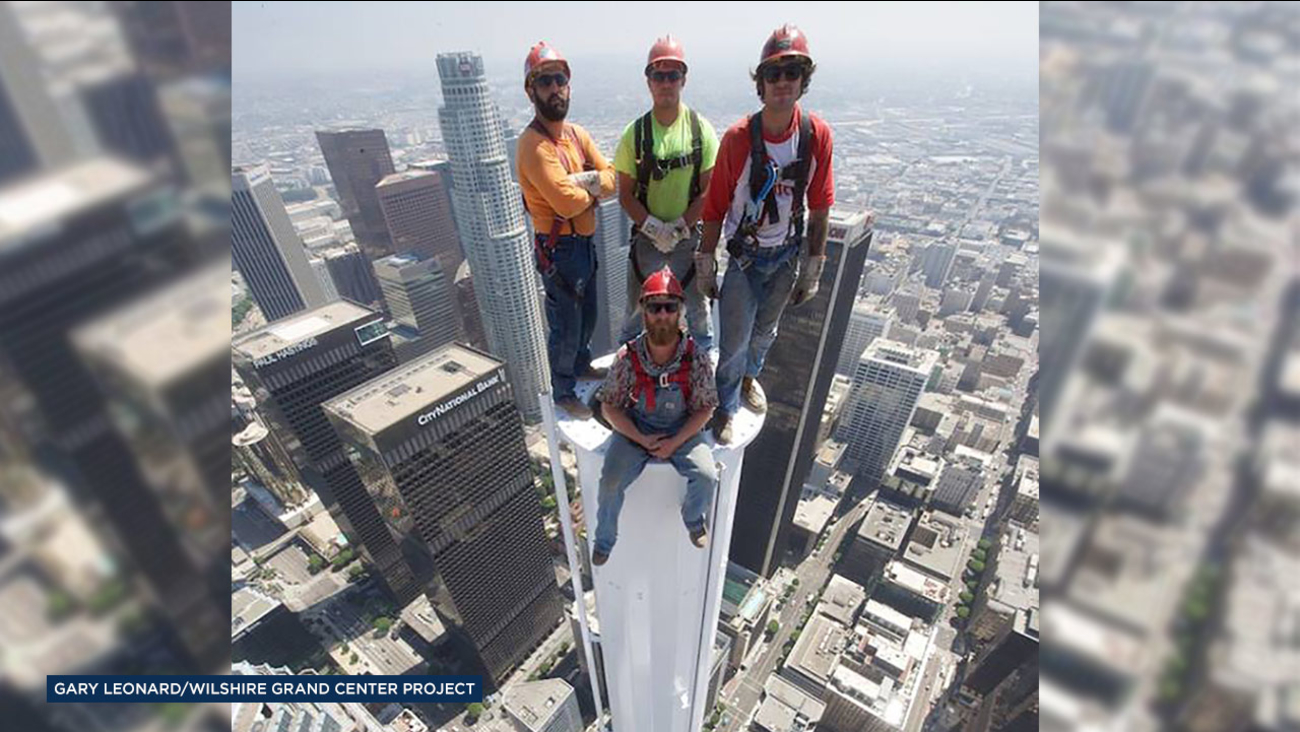 The four men were on top of the spire that was added on Saturday, making the building the tallest west of the Mississippi River at 1,099 feet. 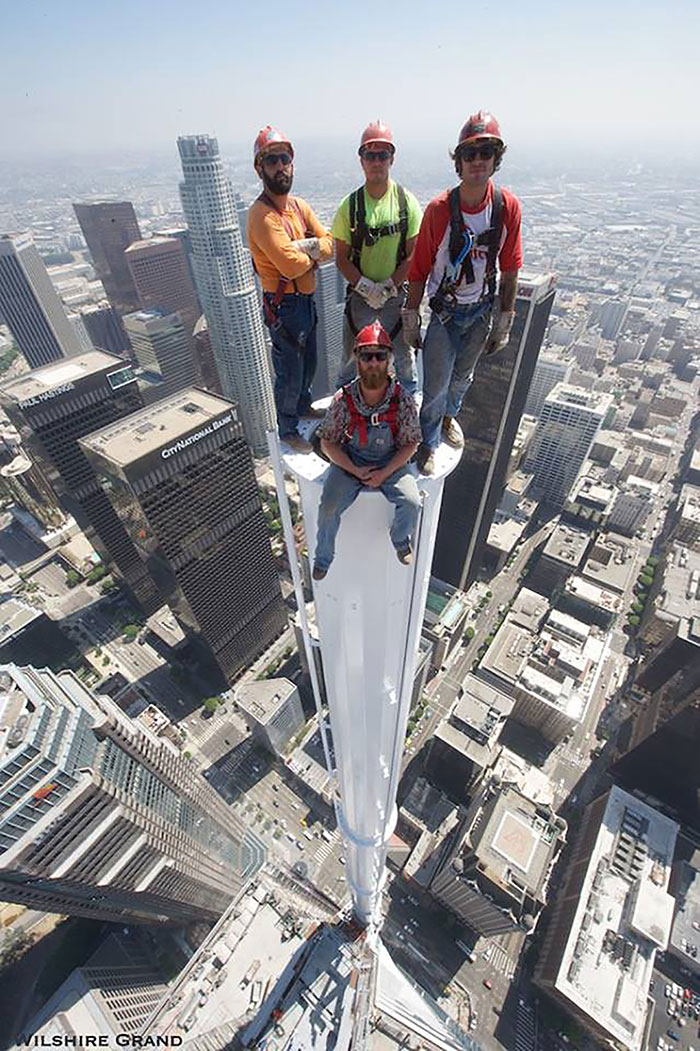 Four construction workers pose atop the Wilshire Grand Tower in downtown Los Angeles, the tallest building west of the Mississippi River at 1,099 feet.

The Wilshire Grand will eventually be part of a massive mixed-use center with a hotel, office complex and shopping mall.