WPVI
By Dann Cuellar
NORTHEAST PHILADELPHIA (WPVI) -- A mother and her children were attacked by a pit bull they recently adopted in Northeast Philadelphia this week and according to another family, this isn't the first time the same dog has attacked.

"The lady told me he was great with kids, great with other dogs," said Selena Trailes.

Trailes says last Friday she picked up the 2 year old pit bull that Animal Care and Control Team (ACCT) Philadelphia referred to as 'Don' to provide him foster care until they could find a permanent home.

She had taken her dog Chloe, a 12-year-old pit bull, to the kennel to meet Don to make sure they got along.

They got along well so Trailes took him home. But the next day something terrible happened.

"Oh it's horrible. He tried to get on top of my dog, my dog growled and then Don didn't like that so he gripped onto Chloe's face so tight he wouldn't let go," said Trailes.

Trailes says her dog had to have a number of stiches for severe rips and tears to the side of Chloe's face. The medical care cost her more than $700.

Trailes says she called the ACCT representative who told her they would come pick up the dog.

She was startles to learn that despite what happened to Chloe, the agency would still move forward in trying to put Don up for adoption.

Days later Trailes saw on the ACCT website that the dog had been adopted by Brian Brennan and Nicole Keppol.

All three were taken to a hospital for treatment.

"I couldn't believe it. That poor family, the kids - it could have been my kids. How can someone sleep at night knowing that they adopted that dog out knowing that it viciously attacked my dog," said Trailes.

After a number of attempts to get ACCT to explain what went wrong, Sue Cosby, the agency's executive director called and said, "While I don't know all the facts, we are looking into it. We do have policies in place to protect families from dangerous animals."

Cosby also says the dog has been placed in quarantine and is scheduled to be put down.
Related topics:
northeast philadelphiadogspit bull attackpetphilly newsdog attackdog
Copyright © 2020 WPVI-TV. All Rights Reserved.
RELATED 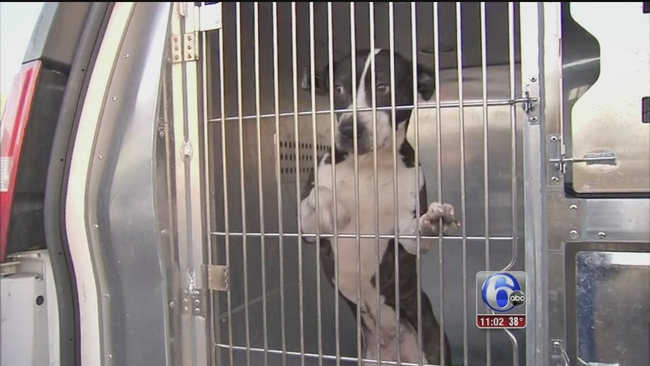