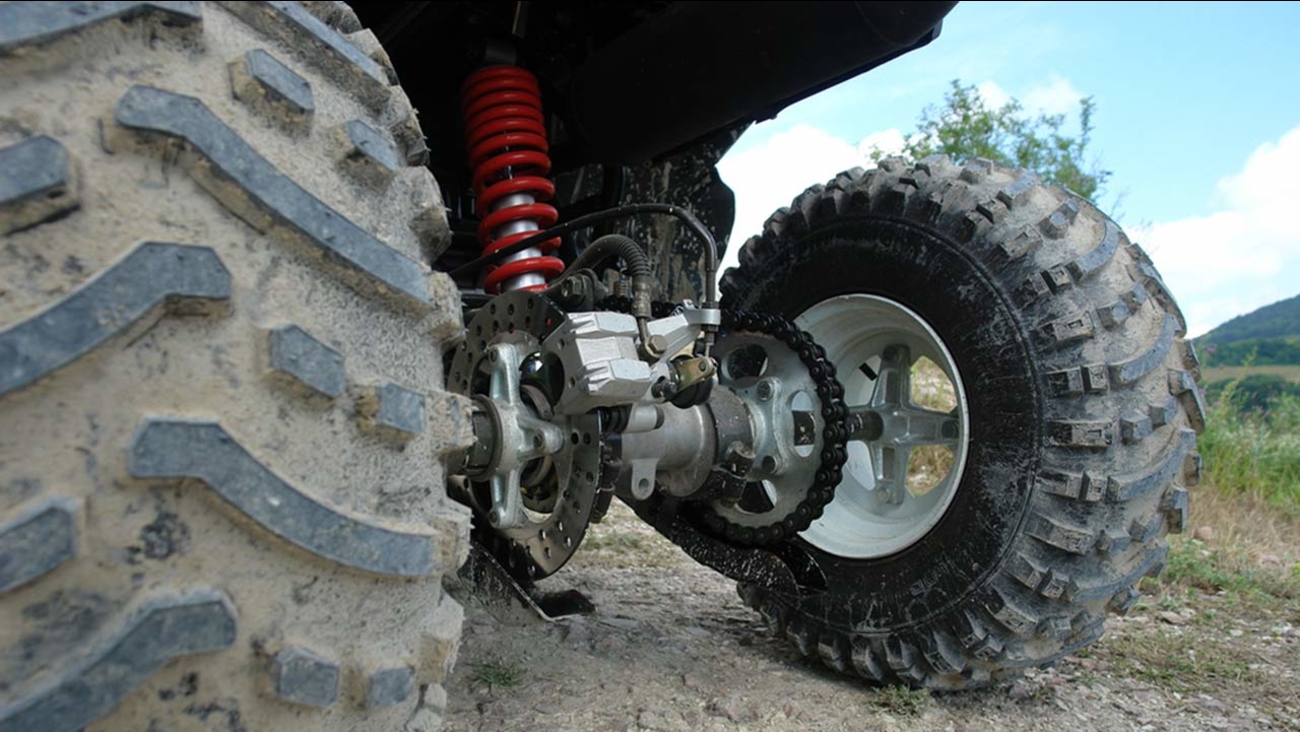 DOVER, Del. (WPVI) -- Police say the man driving the ATV that crashed on Saturday afternoon in Dover, Delaware was under the influence.

The crash left him critically injured.

It happened just after 4 p.m. Saturday.

Police say 21-year-old Dalton Weiss, of Millville, was driving with a 13-year-old in front of him.

While driving through a yard on South Old Mill Road, the ATV hit a log and went up on its rear wheels.

The 13-year-old jumped off.

Weiss tried to regain control of the ATV, police say, but the vehicle then hit a tree and he was ejected.

Weiss was taken to the hospital by helicopter and was listed in critical condition.

He will be facing charges of DUI and endangering the welfare of a child.

The 13-year-old was not seriously hurt.