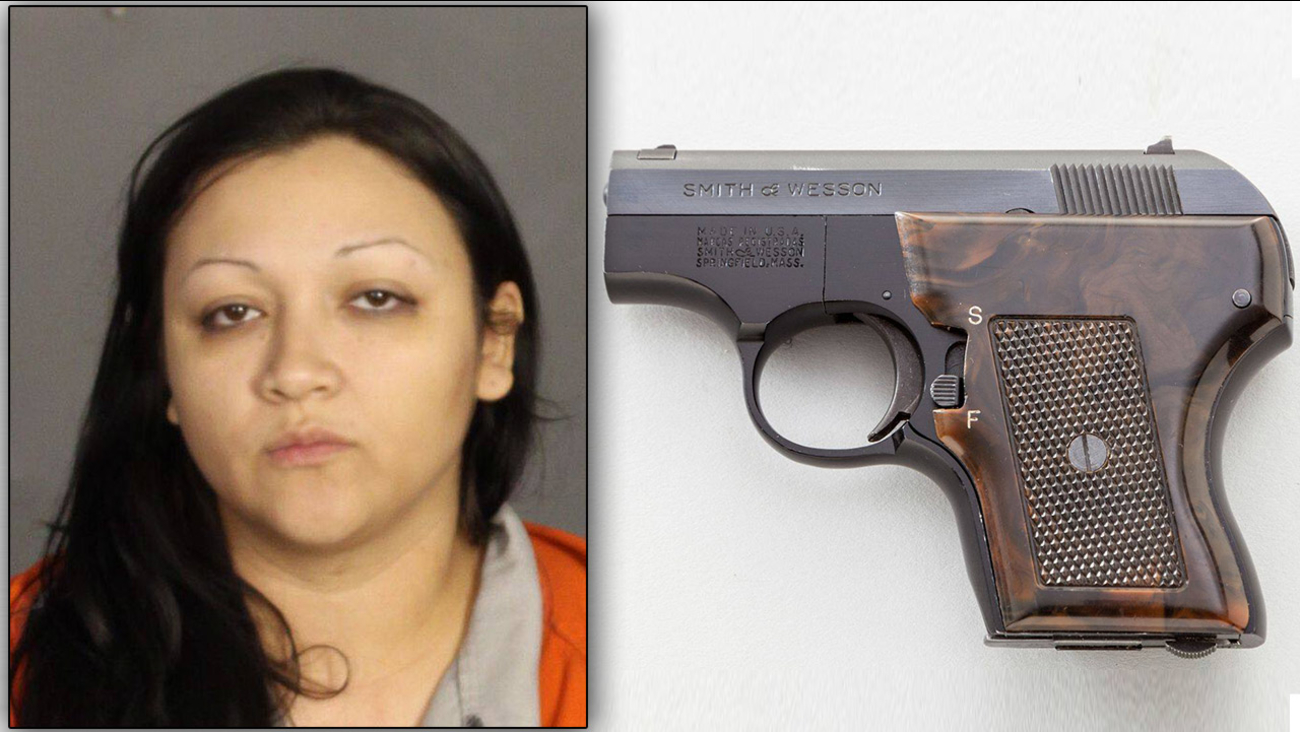 Police say Ashley Cecilia Castaneda, 31, had a loaded Smith and Wesson pistol hidden inside her genitals.

WACO, Texas (WPVI) -- A traffic stop led to a drug bust in Waco, Texas. The case then turned bizarre when police found a loaded handgun in a female suspect's genitals.

It happened just after 11:00pm Monday when officers pulled over a 1998 Toyota for a traffic violation. The officer discovered the driver, Gabriel Garcia, 30, was hiding Methamphetamine under his driver's seat.

Police then searched the vehicle further and discovered the passenger, Ashley Cecilia Castaneda, 31, was hiding 29.5 grams of Methamphetamine in her purse. She was also taken into custody.

As both suspects were being transported to jail, police say Castaneda told them she had a concealed a handgun hidden inside her private parts.

Officers immediately pulled over and conducted a cavity search. They quickly discovered the loaded Smith and Wesson pistol inside Castaneda's genitals. Police say the .22 cal. semi-auto handgun had a round chambered and a full magazine of bullets.