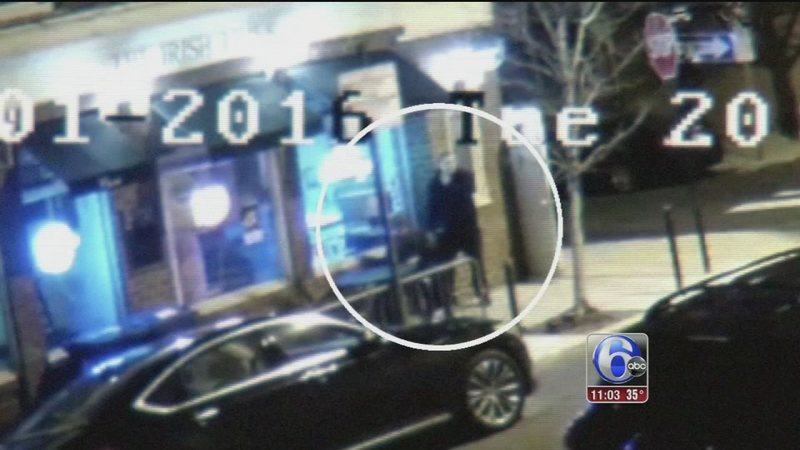 QUEEN VILLAGE (WPVI) -- Philadelphia police say a man who opened fire on a city street was trying to defend his own life.

The unidentified man shot two men - one in the stomach, the other in the shoulder - and he told police it was those men who started the altercation that led up to the shooting.

The incident happened Tuesday night after some kind of altercation on the 700 block of South Second Street in Philadelphia's Queen Village section.

The 65-year-old resident has a valid permit to carry a weapon, and he used his .45 caliber when he and his wife were attacked.

Police are calling the shooting self defense.

A 65 year old man apparently turned the tables on two men in their twenties who police say were assaulting him.

On Wednesday, neighbors in Queen Village were talking about what unfolded. A well-known longtime resident they know as "Sal" defended himself and his wife by firing his gun at two men attacking the couple.

"A lot of commotion, a lot of commotion. From what we heard, 'Old Man Sal' - we kind of know him from the neighborhood," said Anthony Conte. "Heard there was a little bit of a ruckus and he pulled out a gun and shot a couple of people."

"You're walking down the street. You shouldn't be attacked for no reason," said Ariel McArdle.

It was just after 8:30 p.m. when the couple was walking home from work. They told police two men passed them. One of those men said to the husband, "What are you looking at?" then punched him, threw him to the ground and continued assaulting him.

Then they turned their attention to the wife, in her 50s, punching and knocking her down as well.

Surveillance video shows the two men who were shot slowly making their way across Bainbridge Street at 2nd.

In the video, a 20-year-old man suffering from a gunshot wound to the stomach sits down outside a bar. His friend, 21 years old, who is holding his neck and shoulder area where he was shot, stands as people arrive to help.

Soon after, police can be seen arriving and taking the men to the hospital.

"I think the moral of the story is you just never know who's packing heat," said Conte. " 'Old man Sal' was packing so you gotta watch out. And it's a shame it went down. I hope those kids are OK."

The couple's attorney said they tried to get away, but the two men kept coming after them.

"They attack him. They attacked his wife. He begged to stop. Him and his wife pulled away. They kept on coming," said Kenneth Young. "He explained he has a firearm. They said they don't care. They punched him in the face."

The couple was also treated for injuries. Police and the attorney said the husband suffered serious wounds to his eye and face.

"This was a matter of life or death. If he didn't do what he did, and he didn't have the training to do it. I think we would be at a funeral right now. It's that bad," Young said.

Young explains his clients have lived in the neighborhood for 40 years.

"He's extremely shaken, him and his wife. They've been here for so many years, but this could the final straw for them," said Young.

The district attorney will now decide if anyone should be charged, including the two young men who are hospitalized in stable condition.
Related topics:
south philadelphiaphilly newsshooting
Copyright © 2021 WPVI-TV. All Rights Reserved.
More Videos
From CNN Newsource affiliates
TOP STORIES