Police: Man bit woman at Made in America festival 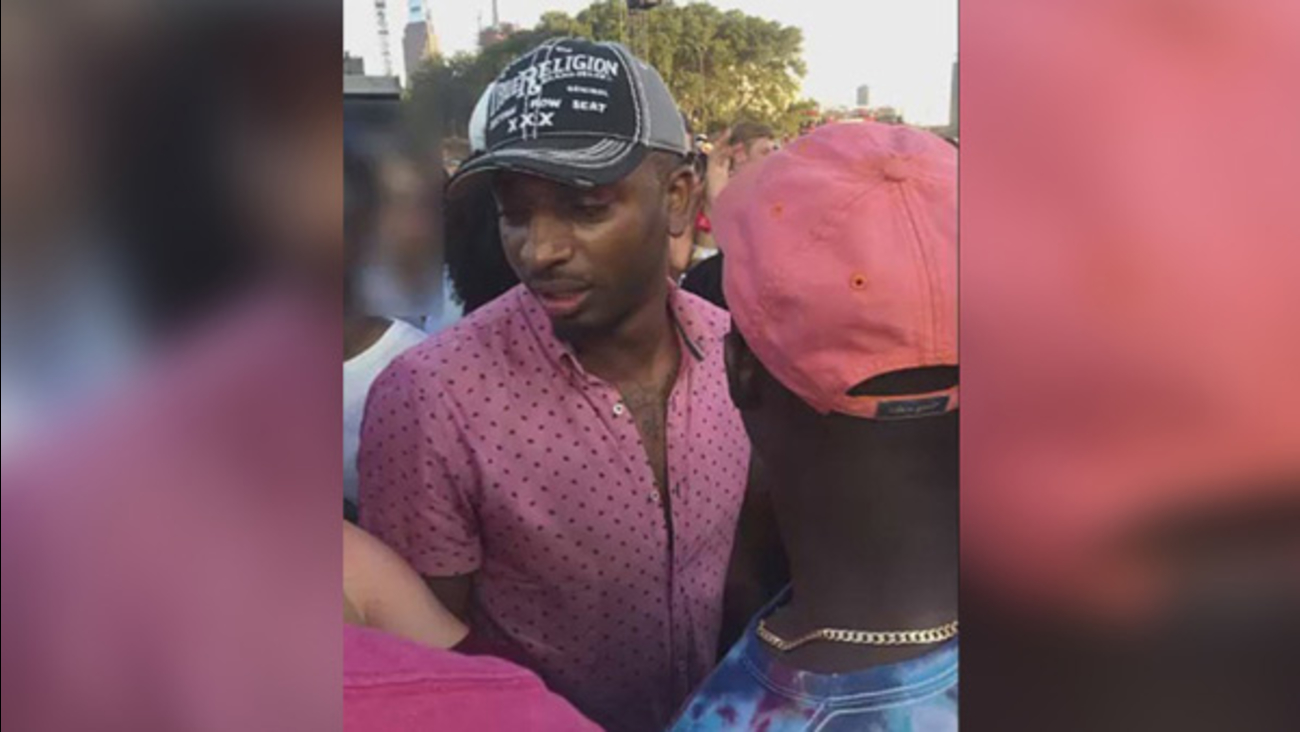 PHILADELPHIA (WPVI) -- Philadelphia police have released photos of a man wanted for an assault at the Made in America festival.

It occurred on Sunday, September 4 around 6:30 p.m. during the concert on the 2600 block of the Benjamin Franklin Parkway.

Police say a 19-year-old woman says a man grabbed her right arm and then bit her on the forearm causing broken skin and bruising.

The woman says she did not know the man.

She went to the concert medical tent where she was treated for her injuries.

A nearby concertgoer took pictures of the suspect with a cell phone camera.

Police are searching for this suspect in connection to an assault at Made in America.

He is described as black male, early to mid-30s, with long braided black hair. He was wearing a pink button down shirt, black/white/gray "True Religion" cap, and appears to have a crown tattoo on his chest.