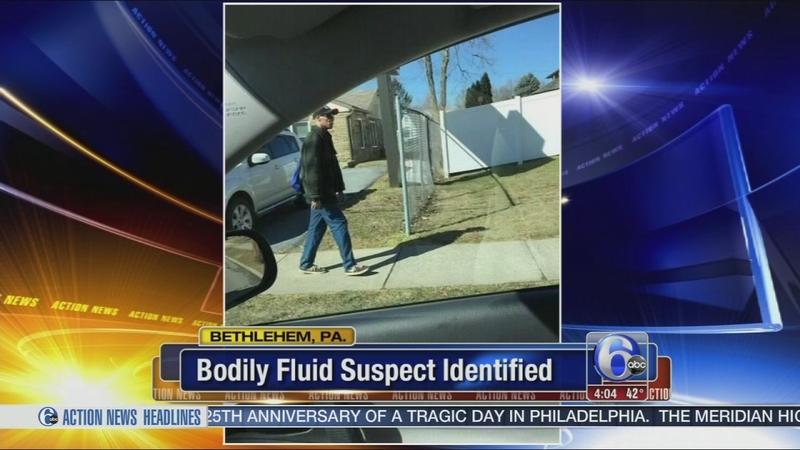 BETHLEHEM, Pa. (WPVI) -- Police have identified the man who, they say, assaulted a woman with bodily fluids in Bethlehem, Pennsylvania.

Morris remains on the loose.

The incident happened at 11 a.m. Monday at the Valley Farm Market on Stefko Boulevard.

The woman told police she was shopping when she was attacked.

She then followed the suspect out of the store and managed to snap three photographs of him.

Police say Morris carried out a similar attack on a woman in the Lehigh Valley in 2014.

They add he has a history of lewdness in Pennsylvania and New York dating back to the 1970s.

Morris was wearing jeans, a dark coat and a baseball hat.

He was carrying what appears to be a blue bag.