GLOUCESTER TWP., N.J. (WPVI) -- Police have raided the home of the parents of a South Jersey man charged in the disappearance and presumed death of his wife.

They removed bags of evidence and searched a backyard shed.

Workers from Child Protective Services of Burlington County were also on the scene and removed the couple's 3-month-old daughter from Crosby's parents' home.

26-year-old Erica Crippen was last seen with Kyle Crosby at the PJ Whelihan's restaurant in Cherry Hill on December 30th.

Her body has still not been located.

Kyle Crosby is now being held in the Burlington County Jail on $1.2 million bail.

Erica's family came to Crosby's arraignment Tuesday looking for answers, but they didn't learn much during her husband's short first appearance.

Crosby showed little emotion as the charges against him were laid out in court for the first time: one count of murder and two counts of child endangerment.

Erica's relatives sobbed quietly in court, never getting the answer to a burning question. Where is Erica?

Erica's aunt, Sonya Ramos-Spencer, said, "Without Erica we're still lost. We're grateful that Kyle is here and he has been caught, but we're still missing Erica." 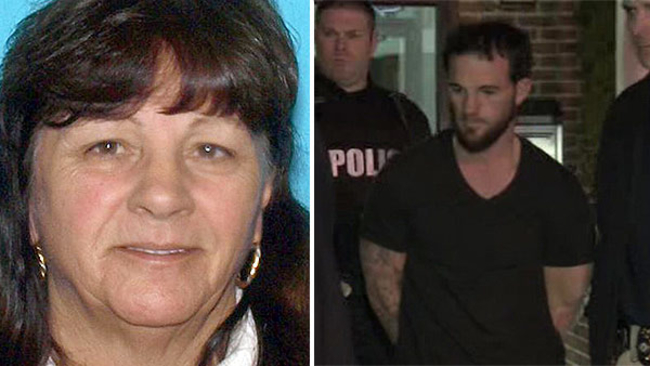