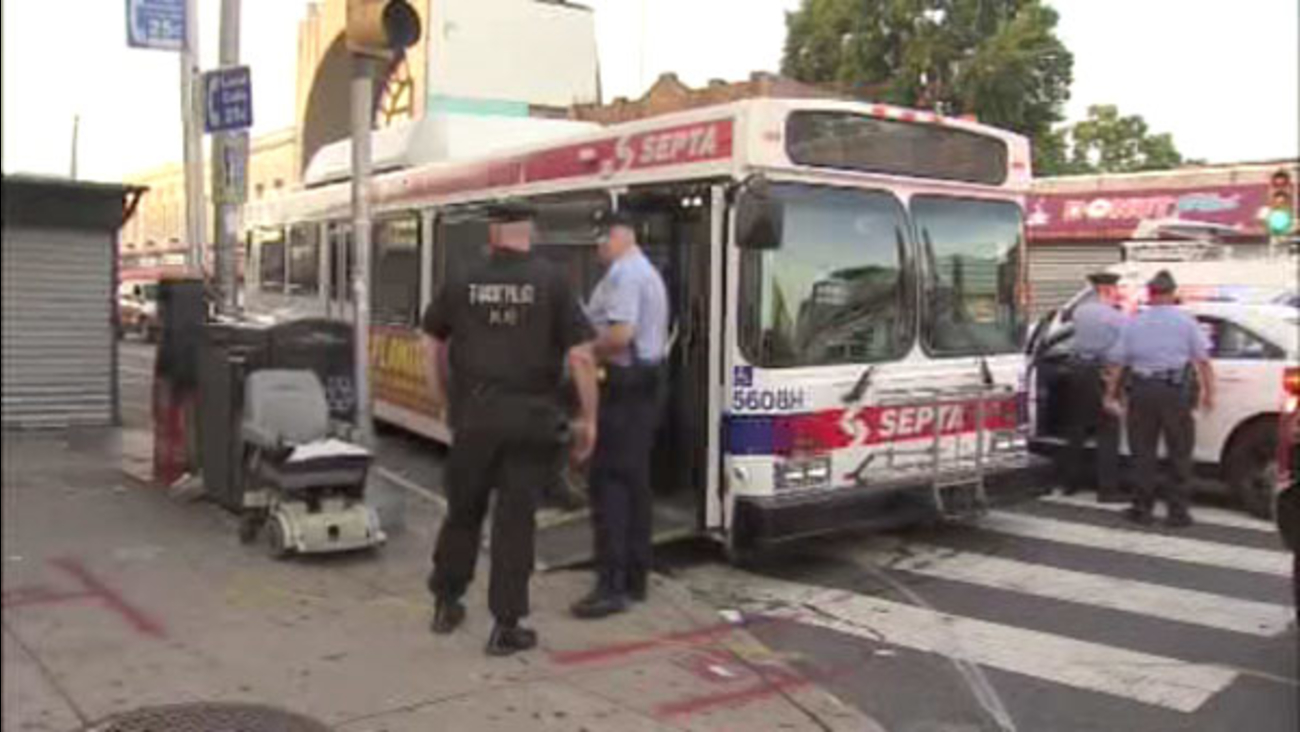 It happened around 7:40 p.m. Tuesday at 5th Street and Olney Avenue.

Action News is told a woman attempted to hail the bus in the middle of the block, but operating on protocol, the driver proceeded to the next stop, which was about a half block away.

The disgruntled passenger managed to get to the stop before the bus departed, but upon entering, authorities say she pushed the driver then sprayed her in the face with mace.