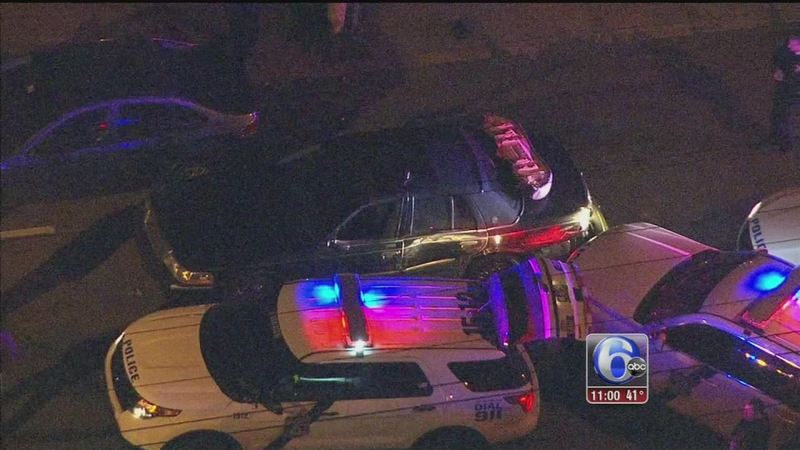 MAYFAIR (WPVI) -- Two men suspected of drug possession are in custody after leading Philadelphia police on a brief chase and striking patrol cars in Mayfair.

Police say they interrupted a suspected drug deal in the area of Cottman and Torresdale avenues shortly before 9:00 p.m. Tuesday.

When the men noticed police, they sped off, narrowly missing an officer who was on foot.

"The driver in his desperation to get away, put the vehicle in reverse and crashed into a parked car, then put the vehicle in drive and attempted to run over a police officer who literally had to jump out of the way of this Grand Marqui not to be struck by this vehicle," Philadelphia Police Chief Inspector Scott Small said.

With a flat, front passenger tire and sparks flying off the rim, the getaway car didn't make it past the 7900 block of Torresdale Avenue.

Two men suspected of drug possession are in custody after leading Philadelphia police on a brief chase and striking patrol cars in Mayfair.

Officers then had to chase the suspects on foot.

Police took the 51-year-old driver and his 30-year-old passenger into custody and they say they recovered pills and crack cocaine.