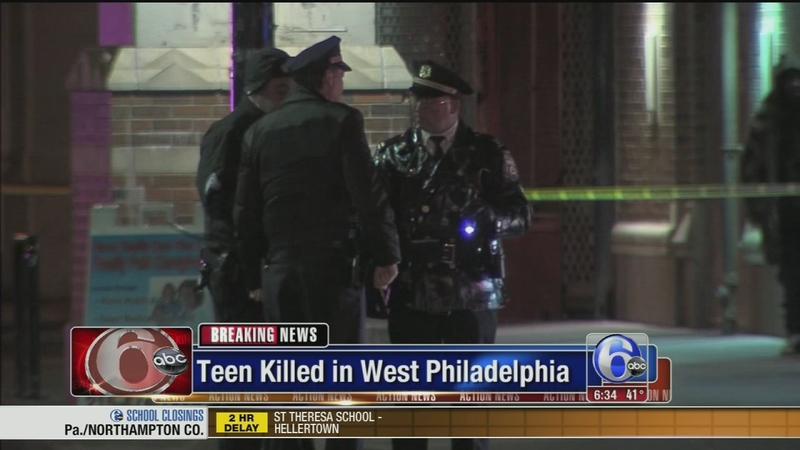 Police say the victim was standing at the corner of 60th and Market streets when two shooters opened fire, striking the boy several times.

Investigators tell Action News they believe the victim, who was from North Philadelphia, was targeted.

They said it is not clear what the teen was doing in West Philadelphia at that late hour.

Witnesses told police one of the suspects was dressed in all dark clothes and a mask and fled the scene in a white SUV.

Several people were being questioned by police.

Investigators are checking to see if police surveillance cameras in the area captured video of the shooting.