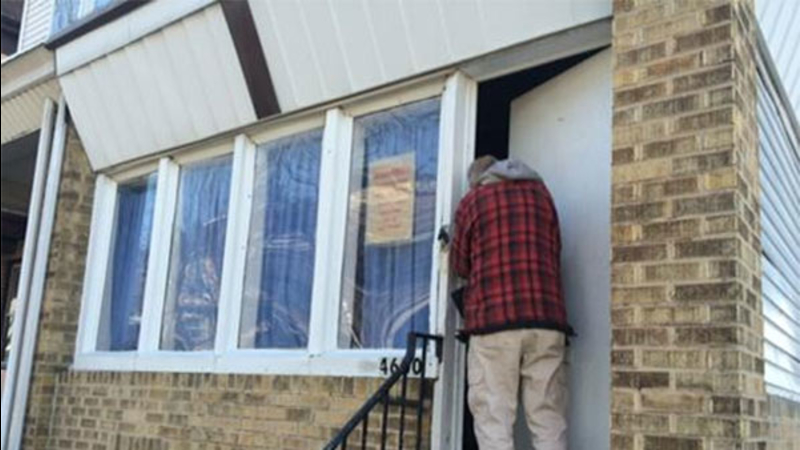 MAYFAIR (WPVI) -- Police have identified the three men who were shot execution-style inside a home in the Mayfair section of Philadelphia over the weekend.

They were found dead late Saturday night in the 4600 block of Vista Street.

The bodies were found by the girlfriend of one of the victims.

"She had to turn the knob, she walked in, and found one male victim on the kitchen floor and she walked in to see her boyfriend on the couch and another unknown male," Philadelphia Police Inspector George Fuchs told Action News over the weekend.

Medics were called, but the three men were pronounced dead at the scene.

All three were shot in the head execution style, according to authorities.

Police have not yet announced a possible motive in the killings. No suspects have been identified.

"It's really disturbing. A lot of friends and family are telling us to get out of here," Paul Rukas, who lives across the street, told Action News on Sunday.

The girlfriend told police her boyfriend called her at about 5:00 p.m. Saturday to come over but, when she did, no one answered the door.

Calls and texts were not returned. She left and came back, but still there was no response.

Around 11:30 p.m. the girlfriend returned and went to the back door of the home. The door was opened and that's when she made the discovery.

"I live about four houses down and I didn't hear nothing. All I know is that that house has been nothing but trouble all along - involved with drugs and everything else," said Bobby Brookshaw, neighbor.