Priest gets prison for sexual abuse during Philly to LA flight 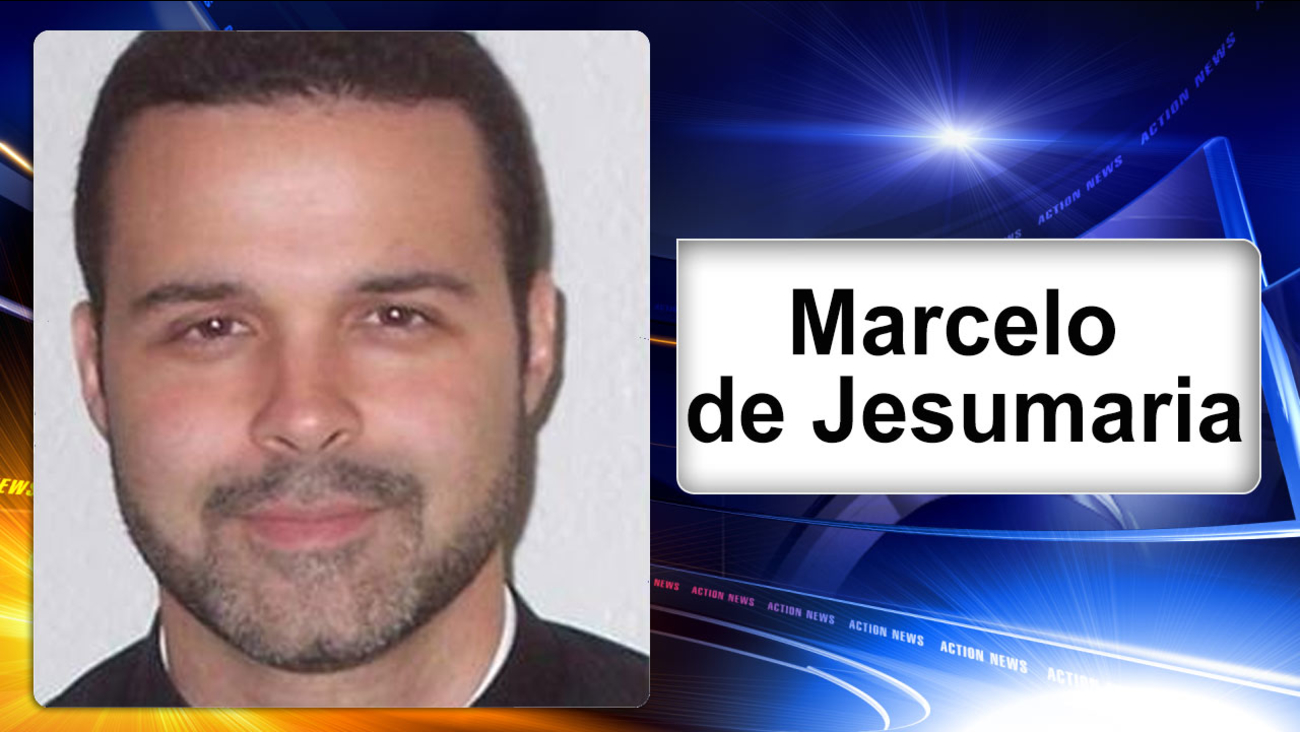 PHILADELPHIA -- A California-based Catholic priest was sentenced Monday to six months in prison followed by six months of home confinement for groping a sleeping woman seated next to him on an airliner.

Marcelo de Jesumaria, 46, was sentenced in federal court in Los Angeles. A jury found him guilty in May of felony abusive sexual contact after a mistrial in March.

Jesumaria touched the sleeping woman's buttocks, breast and groin during a nighttime flight last August from Philadelphia to Los Angeles, according to prosecutors.

The woman, a model, says she woke up as Jesumaria was touching her and reported the abuse to flight attendants and later an FBI agent. Jesumaria told the agent that he enjoys "cozy flights" with women and purposefully changed his seat to be next to the woman, but he denied touching her, according to prosecutors.

Prosecutors say Jesumaria was able to switch seats by lying to a flight attendant that the woman was his wife.

Jesumaria's attorney, Steven Cron, argued that his client didn't deserve prison, saying he's in therapy and understands the seriousness of his actions.

"Someone could say he brought it on himself. But I think the same message could have been brought as a misdemeanor conviction, which would have allowed him to continue as a priest with a stern warning about his behavior," Cron said. "Now that's over, and I think that's a sad ending to this tale."

Jesumaria was previously with the Diocese of San Bernardino, California.

The diocese said in a statement that Jesumaria's actions are "sinful and unlawful."

"We removed him from ministry in the diocese immediately after we became aware of this allegation in November," the statement said. "We are deeply regretful of any harm that may have occurred as a result of his actions."

Prosecutors argued that Jesumaria's testimony blamed the victim and considered his touching her consensual "because she did not reject his touches and he interpreted her silence, because she was asleep, as 'coyness.' "

Cron acknowledged that Jesumaria now realizes "it was inappropriate to touch her at all without her consent." He said Jesumaria maintains that he never touched the woman in any private areas.

The woman said in court Monday that she's now fearful and anxious, and that she's constantly reminded of the experience, partly because she regularly flies for work, said Thom Mrozek, a spokesman for the U.S. Attorney's Office.

In a text message to her agent during the flight, the woman wrote: "So I was asleep and woke up (because) I could feel someone touching me," according to court records.

"This creep next to me was groping me, my boobs and butt!" she wrote. "He had a full-on grip and then I woke up and he wouldn't let go of me."

Cron said Jesumaria most recently has been living and working at a facility run by a church, though not as a priest. He has two months to report to prison to begin his sentence.

"He's contemplating, praying and focusing on the next part of his life," Cron said.