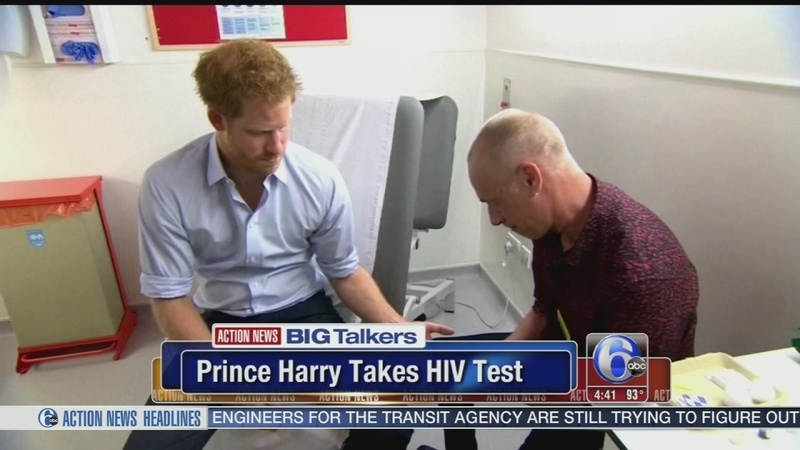 LONDON -- Britain's Prince Harry has taken a nearly instant HIV test as part of his campaign to raise awareness about the virus.

The results of the simple finger-prick test were negative and Harry seemed relieved to find that he was not infected with the virus. Harry admitted before the test that he was nervous.

The test at a sexual health clinic in London was filmed and broadcast Thursday. It takes only a few seconds and a small amount of blood for the test to be carried out.