The incident happened at about 2:30 p.m. at the Rutgers Business School on the Livingston College campus in Piscataway.

According to the Middlesex County Prosecutor's Office, the former student apparently initiated the incident, stabbing another student and a faculty member.

All three were taken to a hospital in New Brunswick for treatment.

When the incident first happened, Rutgers sent out an alert to the campus telling everyone to take cover:

This photo from an Eyewitness News viewer shows the scene shortly after police responded: 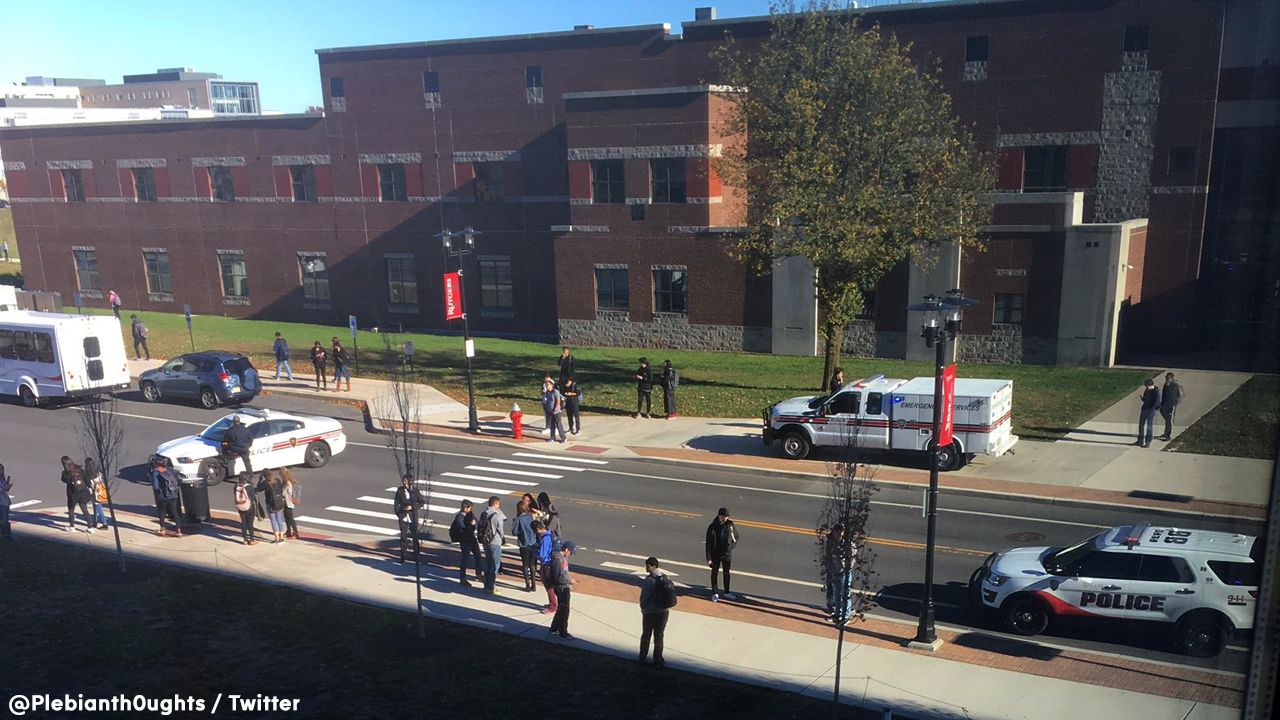 About an hour later, the school said the situation was no longer active, and that a suspect was in custody: