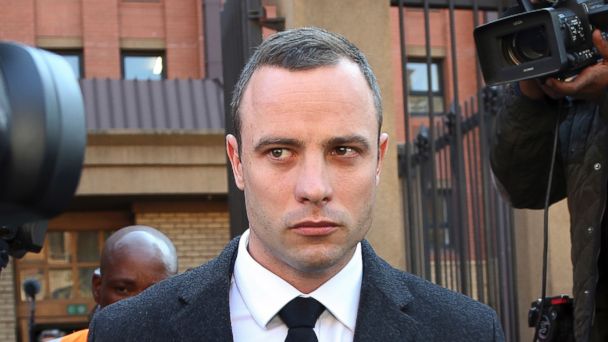 The South African athlete is set to be released from prison on Aug. 21 for good behavior and placed under house arrest after spending 10 months in custody. He was convicted of culpable homicide in September for the Feb. 14, 2013 shooting death of Steenkamp, when Pistorius said he mistook his girlfriend for an intruder and fatally shot her through the bathroom door.

Pistorius, 28, was sentenced to five years in prison -- but after serving less than one-fifth of the sentence, Pistorius could soon be free, a circumstance that troubles Steenkamp's parents.

"We have forgiven Mr. Pistorius. ... However, a person found guilty of a crime must be accountable for their actions," her family wrote to the parole board. "Incarceration of 10 months for taking a life is simply not enough."

Pistorius -- known as "Blade Runner" for his prosthetic legs -- was acquitted of murdering Steenkamp in September. The trial spanned six months and was marked by the athlete's emotional outbursts and sobs.

While Pistorius could soon be released, he still faces a sizable legal battle. Judge Thokozile Masipa had already granted prosecutors permission to go to the Supreme Court of Appeal, the second-highest court in South Africa, to appeal her decision to acquit Pistorius of murder at trial.