Residents rally to stop the violence in Frankford 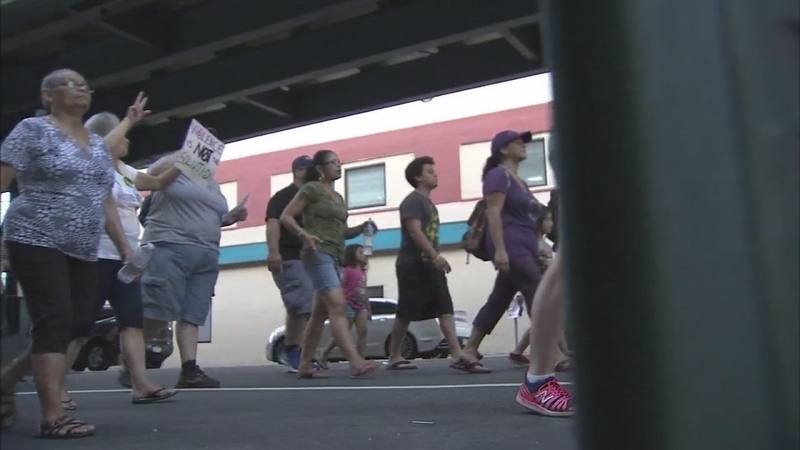 Residents rally to stop the violence in Frankford

FRANKFORD (WPVI) -- Residents in the Frankford section of Philadelphia joined together Wednesday night to rally against violence.

"We've had a significant amount of violence in the community. We've gathered people together to remind them that peace is a better option," Rev. Jonathan Clodfelter told Action News.

Flanked by police, about 100 concerned residents and clergy marched from three different directions, carrying a single message to protest what they say is an increasing amount of drug dealing and violence that has been taking place at the intersection of Oxford and Frankford avenues.

"Walking down this street, you can see all of the different crime scenes that have happened here over the summer," said Elijah Meyers. "I'm trying to raise a kid here, and that's why I got involved."

So far this year in Philadelphia, there have been 163 homicides, up 21 percent from this time last year.

Officials say Frankford is one of the city's violent crime hot zones.
"There are no questions about it that this is my most challenging area," said Philadelphia Police Captain Anthony Luca.

But police can only do so much, and they are asking residents to do their part.

Participants we spoke with called Wednesday night's gathering a good step, but just a start.
"It's more than rallies," said Richard Smith of Faith Assembly of God. "We're trying to get people concerned to the point they truly come out here and represent peace in a physical way."

Organizers said they are planning more rallies this summer.