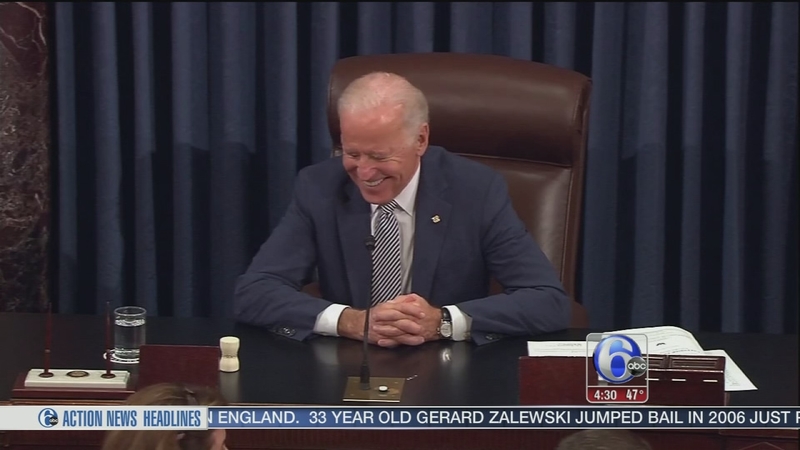 WASHINGTON (WPVI) -- A long list of senators from both sides of the aisle took to the senate floor Wednesday afternoon to offer kind words about Vice President Joe Biden and his many years in public office.

Senator Chris Coons who now occupies the Delaware seat that Biden held for over three decades pushed for this event and spoke first, followed by Senator majority leader Mitch McConnell and many others.

"You logged over 2 million miles on Amtrak and millions more traveling around the world fighting for our country, and as long as I have the privilege of representing our state in the senate, I will be humbled by the challenge of living up to your legacy," Coons said.

"Mr. President, you've been a real friend. You've been a trusted partner and it's been an honor to service with you. We are all going to miss you. Godspeed," McConnell said.

Biden talked about how his undergraduate professors there guided him through times he considers far more chaotic than today.

"Most importantly, they argued that it was within our power to fix America because of the incredible foundation upon which this nation is built," Biden said.