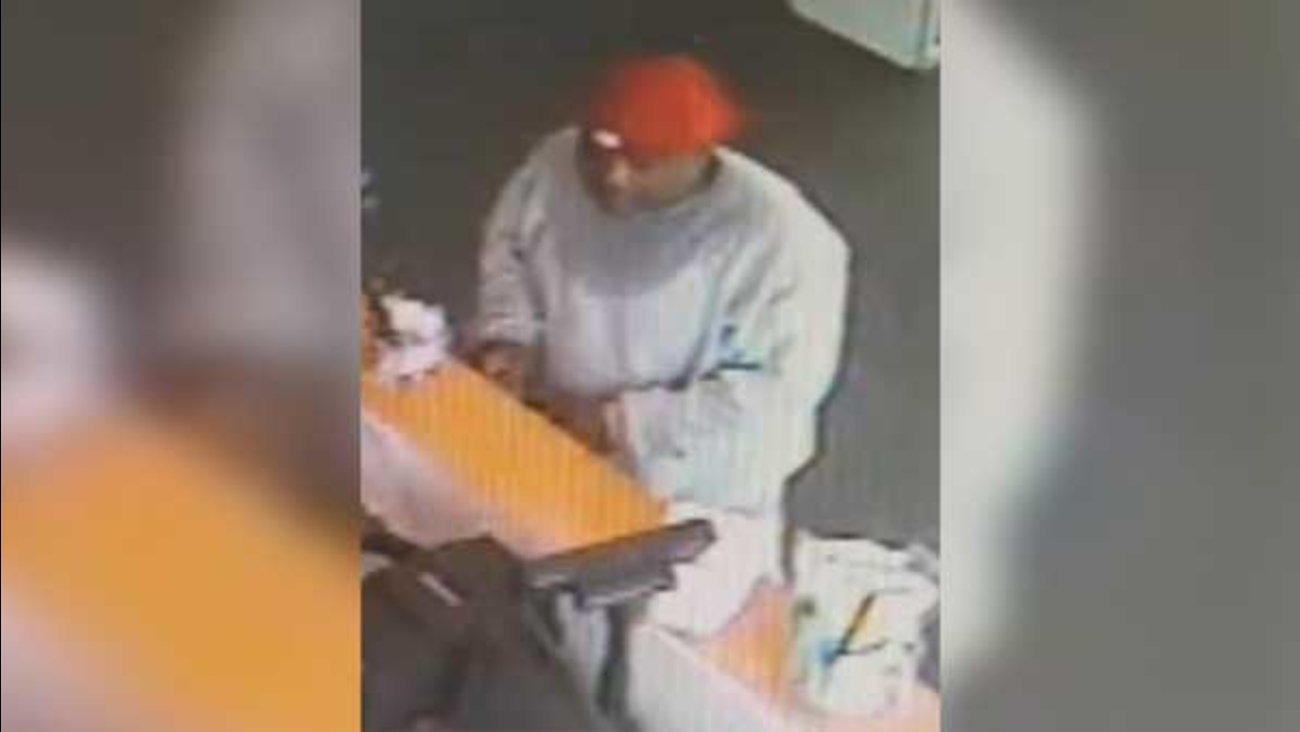 Philadelphia police are looking for a man who robbed a shoe store in the city's Hunting Park section.

HUNTING PARK -- Philadelphia police are searching for a man who was caught on surveillance robbing a shoe store in the city's Hunting Park section.

The incident happened on June 28 inside the Payless Shoesource store on the 700 block of East Hunting Park Avenue.

Police say the suspect walked into the store and asked the employee to help him find a pair of sandals.

After choosing a pair, he followed the employee back to the register where he then demanded cash, stating that he was armed with a handgun.


He walked behind the counter and stole an unknown amount of cash before fleeing the scene.

Police describe the suspect as a black male, 50-years-old, 5'6" to 5'9" tall and 200 lbs. He had a scruffy beard and mustache and was wearing a red Phillies cap, gray sweatshirt, tan khaki pants, black and gray sneakers, and walked hunched over.

Anyone with information should call police at 215.686.TIPS (8477) or text a tip to PPD TIP or 773847. You can also submit an anonymous tip online at PhillyPolice.com.
Related topics:
north philadelphiacrimephilly newsrobberyphiladelphia policesurveillance video
More Videos
From CNN Newsource affiliates
TOP STORIES