WPVI
One of the American troops killed in a suicide attack in Afghanistan was a 30-year-old Air Force investigator from Montgomery County.

Taub's father says they didn't even know their son was in Afghanistan. He had told them he had been deployed to Saudi Arabia two and a half months ago, apparently because he did not want them to worry.

He joined the Air Force eight years ago and had recently re-enlisted.

"I loved Peter, I loved him very much. He was the son I never had," stepmother Donna Taub Donna said.

Peter Taub leaves behind a pregnant wife and a 3-year-old daughter. 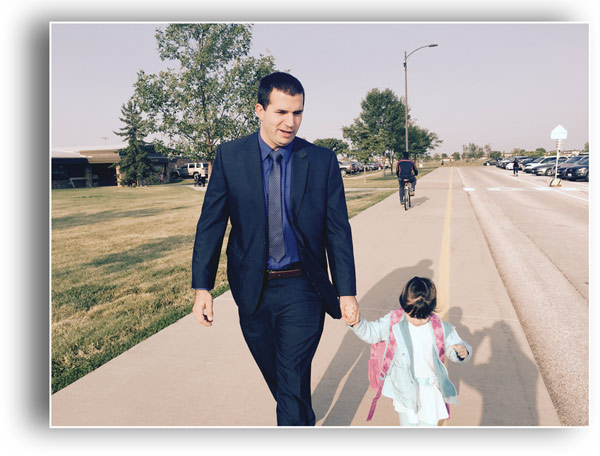 Wagner and Taub's brother, Jonathan, a chef, run a popular sandwich shop, Bub and Pops, in downtown Washington. The shop posted messages saying it would be closed this week because of Taub's death.

"He and his brother had plans for a farm and raising herbs and different things for expanding the restaurant or new concepts - lots of things that are not going to happen," Wagner said in a brief interview.

She said she was heartbroken for the other five families who lost loved ones in the attack, which was the deadliest on international forces since August.

"I'm pretty devastated," she added. "It's really hard to talk about."

Jeff Gallo, a longtime friend of the family, worried about their well-being created a GoFundMe site under the name: A Fallen Soldier's Family Fund.

"He realized that Pete's wife and daughter will probably need financial assistance. He took this upon himself to help them out," Joel Taub said.

The Taliban claimed responsibility for the attack, in which a suicide bomber rammed an explosives-laden motorcycle into a joint NATO-Afghan patrol.

Also among those killed was a New York City police detective, Joseph Lemm.

In a statement, Secretary of Defense Ash Carter called the attack "a painful reminder of the dangers our troops face every day in Afghanistan."

Taub's body along the five others who are to be flown to Dover Airforce Base Wednesday where they will be honored for their service.

The family says the secretary of the Air Force is expected to be there.

Cheltenham School District learned yesterday that Cheltenham High School Class of 2004 graduate, Peter Taub, died on Monday while serving in Afghanistan. Peter, an Air Force Investigator, was the victim of a suicide bombing attack that killed five other active duty soldiers. Cheltenham collectively mourns this tragic news and grieves for each one of the military personnel whose lives were cut short on December 21. Peter Taub's service to our country is a point of pride for Cheltenham School District and the surrounding community. The District will pay tribute to his life and career contributions as an active serviceman on January 12, 2016 as part of our monthly School Board Meeting. In the meantime, we keep Staff Sergeant Taub's family and friends in our hearts and minds as they mourn their loss and begin the process of healing.

I was saddened today to hear that Staff Sergeant Peter Taub, a Wyncote, PA native, was among the six americans killed in an attack in Afghanistan earlier this week near Bagram Airfield. Staff Sgt. Taub was a truly dedicated soldier and public servant. We are grateful to him for giving the ultimate sacrifice in service of our nation. My thoughts and prayers are with his wife, daughter, family and fellow service members at this most difficult time.