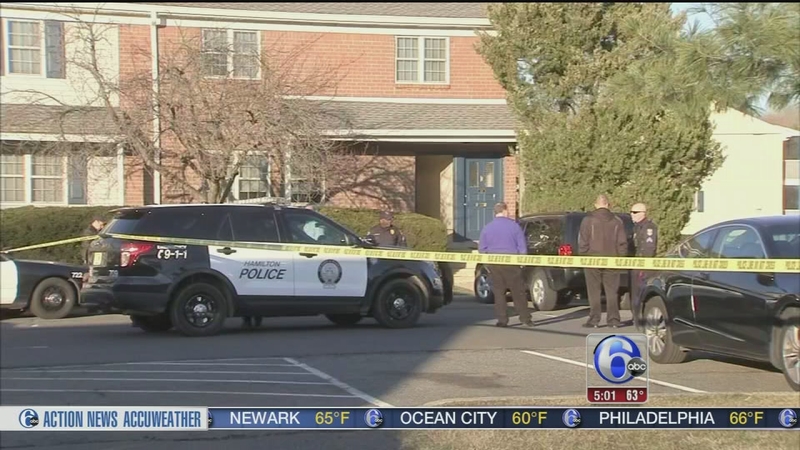 HAMILTON TWP., N.J. (WPVI) -- Charges have been filed against a man shot and wounded by police after they say he attacked both parents with a knife in Hamilton Township, New Jersey.

Prosecutors say he brutally attacked his mother and father around 5:30 p.m. Wednesday at their home in the Kuser Village Apartments on Nottinghill Lane.

Responding to a 911 call from a neighbor, Hamilton police say they arrived to find Clyde on top of his father, William, stabbing him repeatedly in the back, head and neck with a steak knife.

"Officers advised the individual to drop the knife," said Hamilton Police Captain James Stevens. "The individual continued to stab the other gentleman while in the apartment. Officers then used the appropriate amount of force to prevent any further stabbing."

He and his father are both listed in critical condition at Capital Health Regional Medical Center in Trenton.

Clyde's 54-year-old mother, Bonnie, who was stabbed when she tried to intervene, was treated and released.

Depula says she doesn't know Shawn Clyde, but she used to watch him steal her newspapers.

"If they didn't have it in the machine, he'd walk around and look over here and pick up our papers," she said. "So I pick them up for the ladies now."

"It's unsettling," said maintenance superintendent Shawn Deonarine. "It's not something that happens here. It's a pretty quiet neighborhood, not something you expect."