DA: Killing of robber at Levittown pharmacy a 'public service' 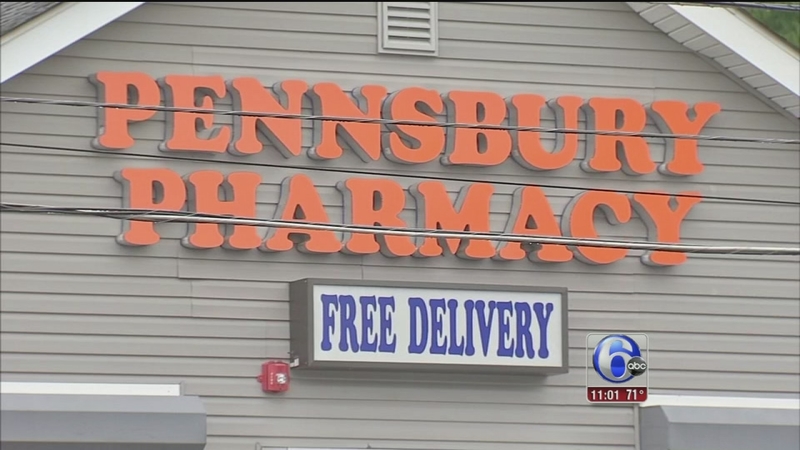 LEVITTOWN, Pa. (WPVI) -- The pharmacy owner who shot and killed a robber on Friday morning in Levittown, Bucks County, will not face charges - and was even praised by the district attorney.

During a news conference on Friday afternoon, Falls Township Police Lt. Henry Ward said Pennsbury Pharmacy owner Kenneth Lee "had no choice to do what he did. He was protecting himself and his business."

"There is no thought that we would prosecute the shooter in this case. He was entirely justified in his conduct, and frankly should be commended," Heckler said.

"From what I can see, he performed a public service in taking out this fella," Heckler continued. "The fella asked for what he got and he got it."

Meanwhile, police are still seeking to identify the man who was killed.

Investigators have released a photo of his distinctive tattoo in the effort to ID him.

Authorities say they are going to try to identify the man through fingerprints, but are asking anyone who recognizes the tattoo to call police. 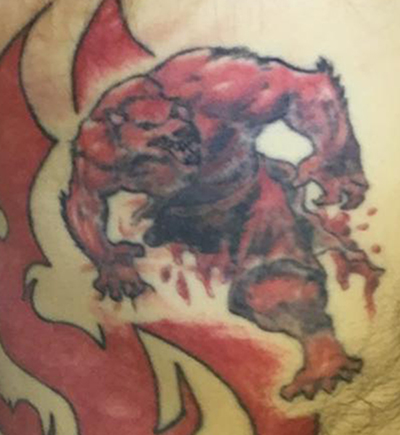 The shooting happened Friday morning at the pharmacy on New Falls Road.

Police say the armed man, who was wearing a Halloween mask, got out of the passenger's seat of a minivan - leaving the driver in the vehicle - and headed into the store. He tried to mask his gun with an umbrella, but the owner was ready.

"He has a good camera system, so he actually saw the subject come into the store with the shotgun," said Lt. Ward. "He was prepared for the armed intruder."

Ward said the pharmacy owner warned the suspect multiple times, but the man crossed the room and jumped the counter.

Sources say it appears the robbers intended to clear out the pharmacy. The dead man had zip ties by his body, so it appears he was going to tie up the pharmacy owner.

Police were on the scene of a shooting at a Levittown pharmacy.

The other suspect remained in the minivan, and was unaware of the shooting.

When police descended on the pharmacy, he was still in the vehicle. That man, identified as Kim Goldsboro, is now in custody.

He tells authorities his memory is fuzzy about what happened, and he doesn't even know the dead man's name.

Along with robbery, Goldsboro will also face homicide charges because he allegedly had a role in the crime that led to his co-conspirator's death.

He has been remanded to the Bucks County Correctional Facility without bail.

As for Lee, he was questioned and released.

"I'm glad he had the weapon to defend himself," said Chad Gullick, customer. "I support guns and everything like that for reasons like this."

"Everything that we see at this point, this poor gentleman that poured his heart and soul to open this store, lone employee, had no choice to do what he did," said Lt. Ward. "He was protecting himself and his business."