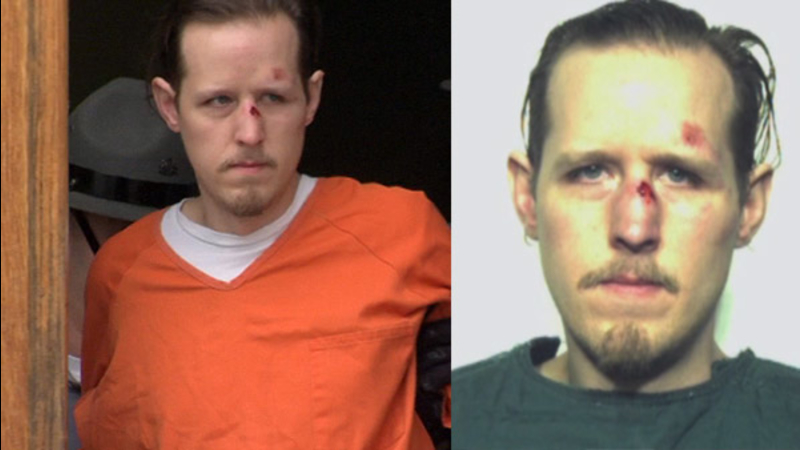 TANNERSVILLE, Pa. (WPVI) -- It took 48 days, $10 million and an intense manhunt but accused cop killer Eric Frein was caught and one of the US Marshals who captured him spoke to Action News.

Scott Malkowski and 10 other members of his special ops team had been searching an abandoned air strip and resort in Tannersville, Pa.

It was an assigned grid and he spotted Frein by chance.

"He turned towards me. I identified myself as law enforcement. I told him to get on the ground. He pronged out, he was about five feet away. I said, 'Who are you? What's your name?' He said 'Eric Frein,'" said Malkowski.

Malkowski says he seemed disappointed that it was over.

"Sad and defeated that's what I would describe it as. He knew it was over," said Malkowski.

State police said Frein was unarmed at the time of his capture and was in good physical condition.

He was taken into custody wearing the handcuffs of Cpl. Bryon Dickson and arrived at the Blooming Grove barracks in his patrol car on Thursday night.

Photos showed him to have a cut on his nose and bruises on his face.

Malkowski says that happened as he secured Frein on an asphalt runway.

"Sometimes when we take people in to custody, we have to take drastic measures, especially when he killed a fellow officer. We weren't messing around, we meant business," said Malkowski.

Sources tell Action News that Frein confessed to the murder of Cpl. Dickson and the wounding of Tpr. Alex Douglass.

Sources also told Action News that the suspected murder weapon was found in the airplane hangar where he was found on Thursday evening. Bomb squads cleared that hangar before it was searched, sources said.

A journal was also found, but its contents have not been disclosed.

Frein, 31, entered no plea Friday morning at a preliminary arraignment in Pike County, Pennsylvania. He faces charges including first degree murder and attempted murder for the ambush on September 12th at a state police barracks. He is being held without bail.

The Pike County District Attorney intends to seek the death penalty against him.

Frein had no attorney present at Friday morning's court appearance. A preliminary hearing has been set for November 12th.

Inside the courtroom, there were more than a dozen Pa. state troopers. Meanwhile, a crowd gathered around the courthouse, with some shouting "Are you sorry?" and "Why did you do it?" 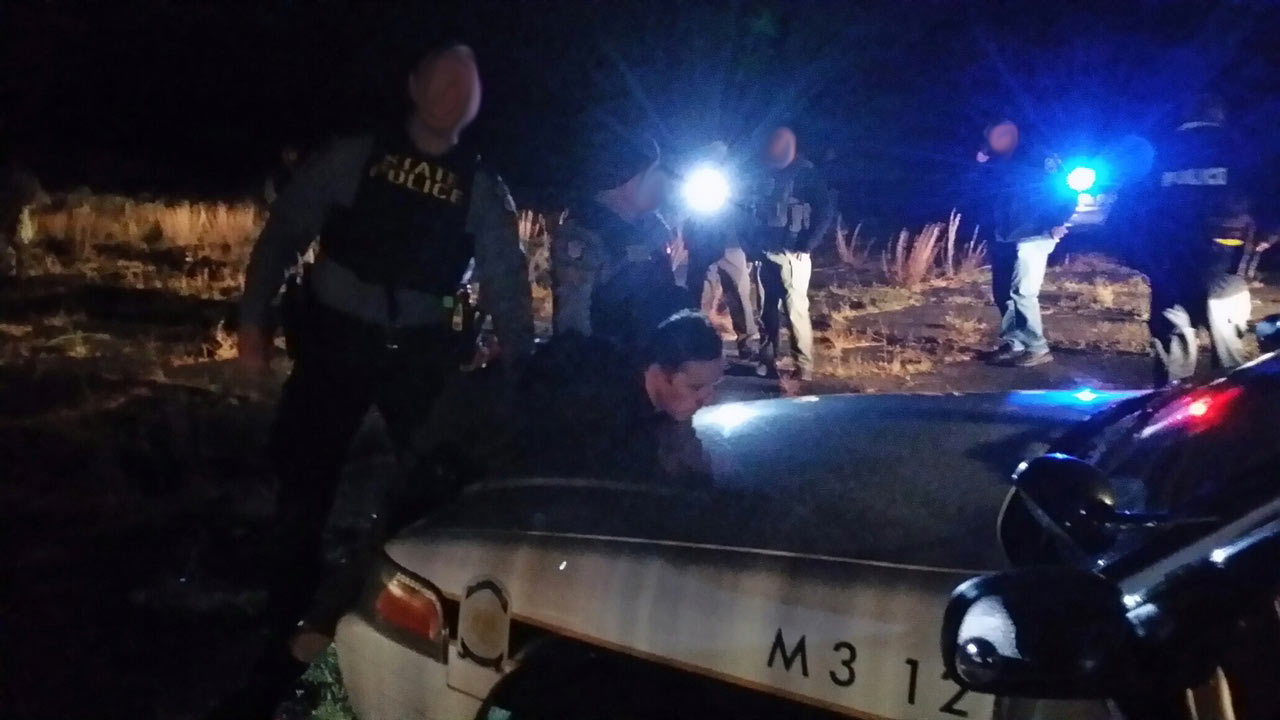 Action News was the first to report Frein's capture, which came at 6:00 p.m. Thursday.

The dragnet involved hundreds of law enforcement officials fanned out across the Pocono Mountains of northeastern Pennsylvania.

Police say Frein broke into cabins and other structures for food and shelter while on the run, and that there was no evidence anyone helped him.

Amid news of Frein's capture, Barrett Township officials say Halloween trick-or-treating is back on for Friday, after it was originally canceled because of the intense manhunt. 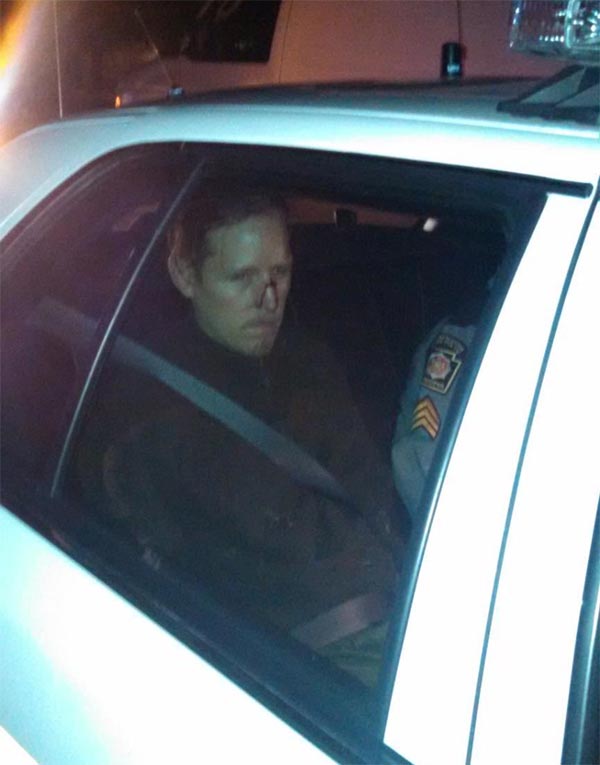 Frein's alleged victim Cpl. Dickson was laid to rest back on September 18th.

At his funeral, Dickson was called a devoted husband and father and "impeccable" ex-Marine who took his work seriously but also enjoyed making wooden toys for his young sons and finding humor in everyday situations.

Trooper Douglass was shot in the pelvis and critically injured in the ambush, which took place during a late-night shift change.

Douglass remained hospitalized until Oct. 16, when he was discharged to a rehabilitation facility.

Police said they linked Frein to the ambush after a man walking his dog discovered his partly submerged SUV three days later in a swamp a few miles from the shooting scene. Inside, investigators found shell casings matching those found at barracks as well as Frein's driver's license, camouflage face paint, two empty rifle cases and military gear.

Saying Frein was armed and extremely dangerous, officials had closed schools and urged residents to be alert and cautious. Using dogs, thermal imaging technology and other tools, law enforcement officials combed miles of forest as they hunted for Frein, whom they called an experienced survivalist at home in the woods.

They pursued countless tips and closed in on an area around Frein's parents' home in Canadensis after he used his cellphone to try contacting them, and the signal was traced to a location about 3 miles away. At times police ordered nearby residents to stay inside or prevented them from returning home. 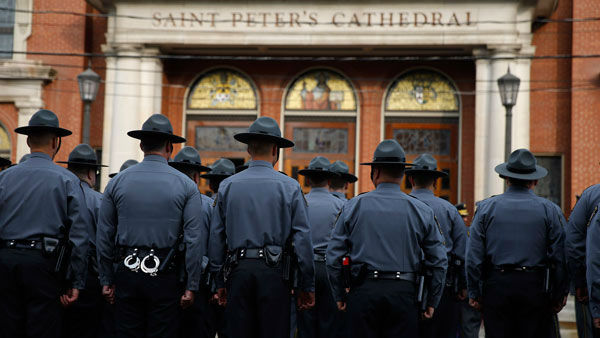 Trackers found items they believe Frein hid or abandoned in the woods - including soiled diapers, empty packs of Serbian cigarettes, an AK-47-style assault rifle and ammunition and two pipe bombs that were functional and capable of causing significant damage. They also discovered a journal, allegedly kept by Frein and found in a bag of trash at a hastily abandoned campsite, that offered a chilling account of the ambush and his subsequent escape into the woods. The journal's author described Dickson as falling "still and quiet" after being shot twice.

Police spotted a man they believed to be Frein at several points during the manhunt, but it was always from a distance, with the rugged terrain allowing him to keep them at bay. Police said he appeared to be treating the manhunt as a game.

Frein allegedly held anti-law enforcement views for many years and expressed them both online and to people who knew him. But the source of his alleged vendetta remains unclear. His criminal record appears limited to a decade-old misdemeanor case involving items stolen from a World War II re-enactors event in upstate New York, for which he spent 109 days in jail.

Police found a U.S. Army manual called "Sniper Training and Employment" in the suspect's bedroom at his parents' house, and his father, a retired Army major, told authorities that his son is an excellent marksman who "doesn't miss," according to a police affidavit. Authorities believe he had been planning a confrontation with police for years, citing information they found on a computer used by Frein.

Frein belonged to a military re-enactor's group, playing the part of a Serbian solder. He had a small role in a 2007 movie about a concentration camp survivor and helped with props and historical references on a documentary about World War I.

The FBI named him to its 10 most wanted list nearly a week after the deadly ambush. 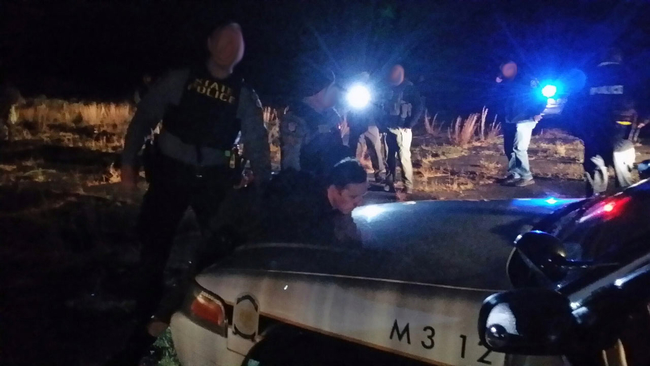 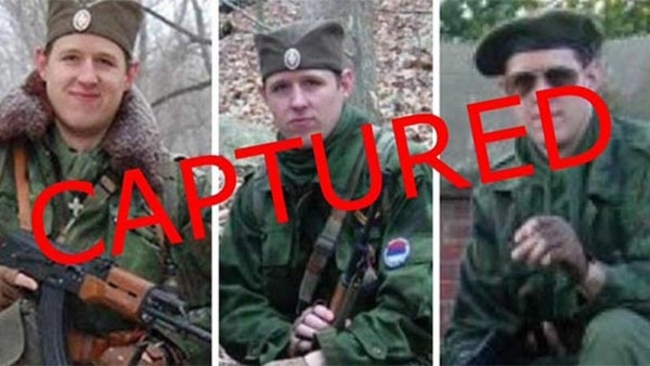 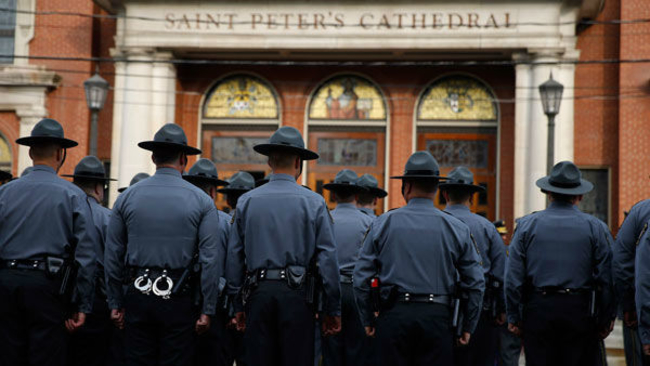 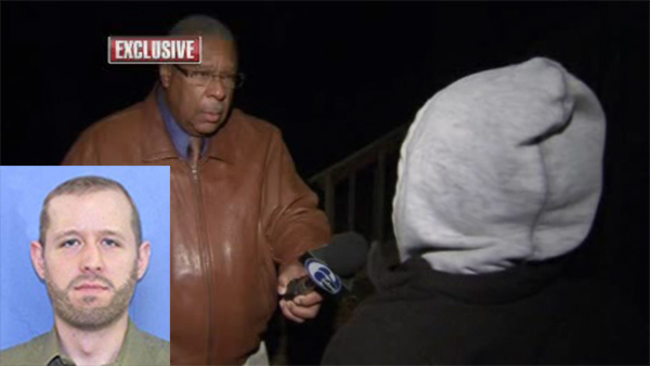