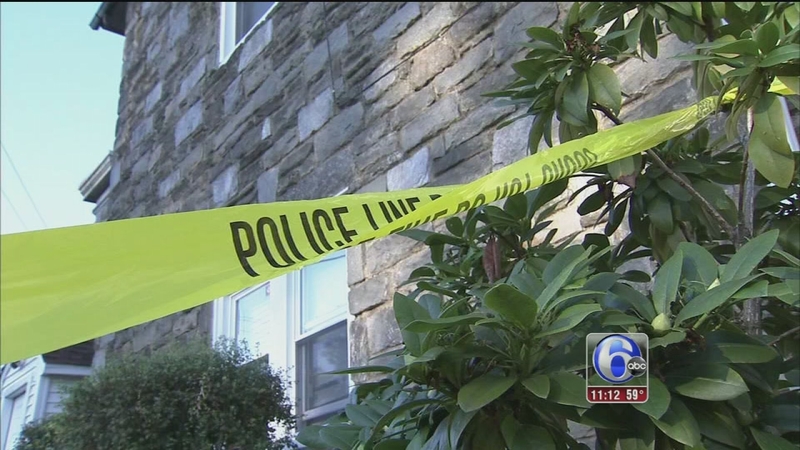 WYNNEFIELD (WPVI) -- A group of students from St. Joseph's University were the victims of a home invasion that took place just a few blocks from campus.

It happened at 5 a.m. Wednesday at home in the 5600 block of Woodbine Avenue.

Police say two armed men broke in, one armed with a knife, the other with a gun.

One of the six female students who live in the unit heard the commotion and saw the two criminals in action.

"She sees light in her room. She is not sure if it's a flashlight or light from a phone. It wakes her and starlets her. She wakes, she sees two males heavily masked and doesn't know why they are there," Philadelphia Police Lt. John Walker said.

Police say the burglars duct-taped her mouth, zip-tied her hands and put her in a closet and stole items including an iPad, an iPhone and a wallet.

They eventually took the victim outside while she was still tied up and popped open the trunk of her car.

"We think the motivation was to get more stuff, probably money. So our thought was they were probably going to put her in there and try to take her to MAC machine or some other area to try to gain some more money which they didn't get to do," Walker said.

Investigators say when the two criminals were distracted, the 21-year-old victim was able to escape, make her way back into the house and wake up her roommates, who called police.

Detectives say the suspects got away with the victim's car.

Students living nearby say they are now on high alert.

"I kind of knew this was not the best neighborhood, but I thought we were safe enough because it was like so many students," said Emily Muth. "Our neighbors aren't students, but I didn't think this would happen."

"I am concerned about my safety in general," said Alexia Faulkner. "One of my friends lives on 54th Street, and she had two break-ins at her house, too. And so I think security needs to be a little higher."

"I just don't know what is going to happen," said Muth. "We have a security system, and we leave it on all the time. But it is just really terrifying."
Related topics:
west philadelphiahome invasionphilly newscollegest. joseph's university
Copyright © 2021 WPVI-TV. All Rights Reserved.
TOP STORIES
Father, 2 daughters and niece killed in South Jersey crash
Recovered body matches description of missing woman: Police
Fauci warns 'things are going to get worse' with COVID
AccuWeather: Sunny and nice start to the week
Man using ATM shot after refusing to give up cash: Police
MLK Drive reopening to vehicles this week: What you should know
Frustration as Biden, Congress allow eviction ban to expire
Show More
12 injured during incident at sports complex in Manheim, Pa.
Tornado outbreak: 9 twisters confirmed in Philadelphia region
Gibson excels in Phils debut; Realmuto, Harper pound Pirates
Philly restaurant mandates proof of vaccination to dine inside
Bacon may disappear in California as pig rules take effect
More TOP STORIES News