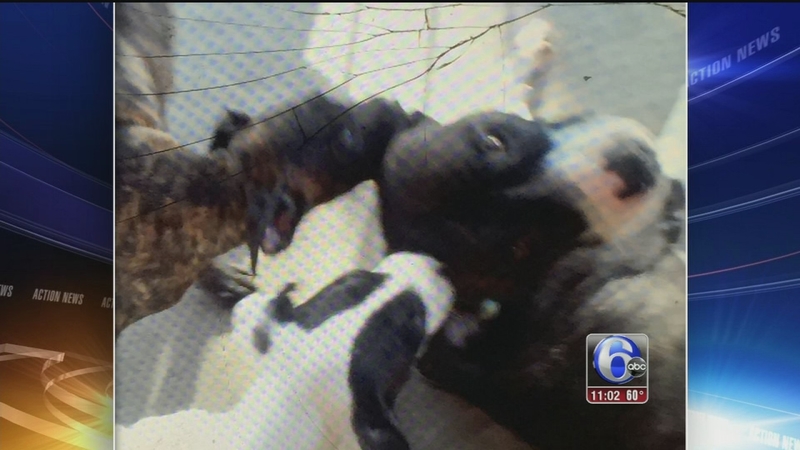 OLNEY (WPVI) -- The SPCA announced it's offering a $5,000 reward for anyone who can help them catch a dog killer and thief.

Police said a 5-year-old pit bull and her two 3-month-old puppies were stolen on Tuesday from the back yard of a home in the 5200 block of North Marvine Street in Olney.

The pit bull, affectionately called "Momma's" was reportedly found hanging from her chain leash from the top of an 8-foot wooden fence.

"The neighbor knocked on my door and found her hung over there in the yard," said Thomas. "And they took her babies."

However, the puppies were returned to their owner on Thursday. Pennsylvania SPCA officials said they were returned after the person who found them heard about their story - they had assumed the dogs were strays.

Authorities tell Action News the death of the mother pit bull was no accident.

She said she can't begin to imagine who would do something so cruel.

"They need to go to jail. Whoever it is, I hope they go to hell. They're going to hell 'cause you don't do dogs like that," said Thomas.

Authorities believe somebody knows something.