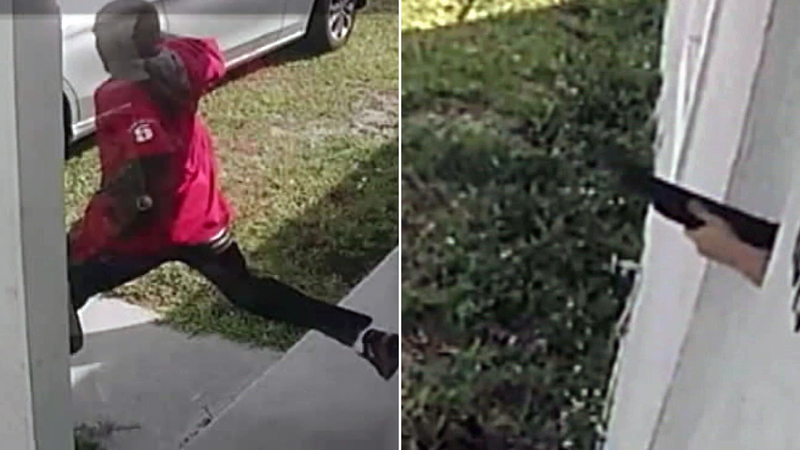 But the alleged thief didn't know there was a mother armed with a shotgun on the other side of the door, protecting her two children, ages 3 and 10.

As soon as the burglar broke through the door, he was greeted by the barrel of the gun.

"He was running for his life and he kept looking back making sure I wasn't going to just shoot him in the back," said the mother, who asked to not be identified.

The mother said her kids were the reason she refrained from pulling the trigger.

The suspect was still at large, but police and the victim hoped the video would help identify the man.