Suspect ID'd in hit-and-run that killed girl, 8, in Overbrook

WPVI
OVERBROOK (WPVI) -- Philadelphia police have charged a man with a hit-and-run crash that claimed the life of a young girl in Overbrook.

Paul Woodlyn, 24, of the 1200 block of Marlyn Street, was arrested Wednesday night and arraigned Thursday morning on charges including homicide by vehicle and involuntary manslaughter. His bail was set at $500,000.

Just hours before the arrest was made, police recovered a vehicle at a body shop in Frazer, Chester County.

"The individual that runs the body shop saw that, got suspicious, called us up. We went up there and were able to match up some of the auto parts to that particular car. It is absolutely the car," said Commissioner Richard Ross.

Police say the child was crossing the street with her two siblings when she was struck by a male driver heading southbound on 63rd Street at Lansdowne Avenue. Jayanna's siblings weren't seriously injured.

Police sources say the car, a Nissan sedan, belongs to Woodlyn's girlfriend. They live together with their newborn baby, police say. She has not been charged at this point.

Woodlyn has confessed, police say, and claims he was driving alone in the car when the incident occurred.

However, Jayanna's father told Action News that his 12-year-old son, who was with Jayanna when she was killed, told him and police he saw a young woman and an infant car seat in the vehicle that hit them as they headed home from school. 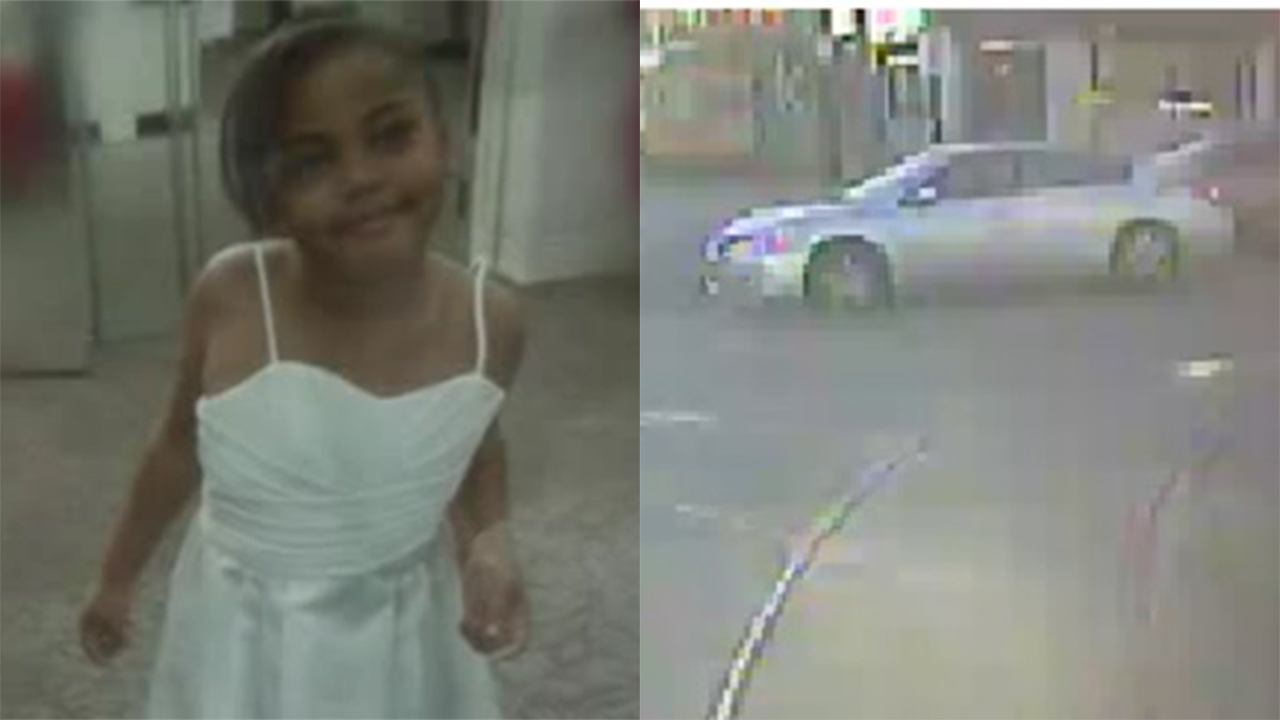 VIDEO: Hit and run justice march
Philadelphia police have released a photo of a silver Nissan Altima, wanted in connection with a deadly hit-and-run Friday night in Overbrook.
Earlier this week, her family and police pleaded with the community to come forward with any relevant information, even offering $25,000 in reward money.

"It's hard, but with the community helping us, my family helping us, it's helping us a lot," said her father, James Powell. "They're taking it ... one day at a time."

The arrest does give the family hope justice will be served. And although it won't bring Jayanna back, they said they hope something will learned from this tragedy.

"I hope they make sure they keep a crossing guard out there on the corner, and start protecting these kids, making sure they're alright. Every corner should have a crossing guard," said Powell.
Related topics:
west philadelphiaphiladelphia newshit and runpedestrian struck
Copyright © 2021 WPVI-TV. All Rights Reserved.
More Videos
From CNN Newsource affiliates
TOP STORIES