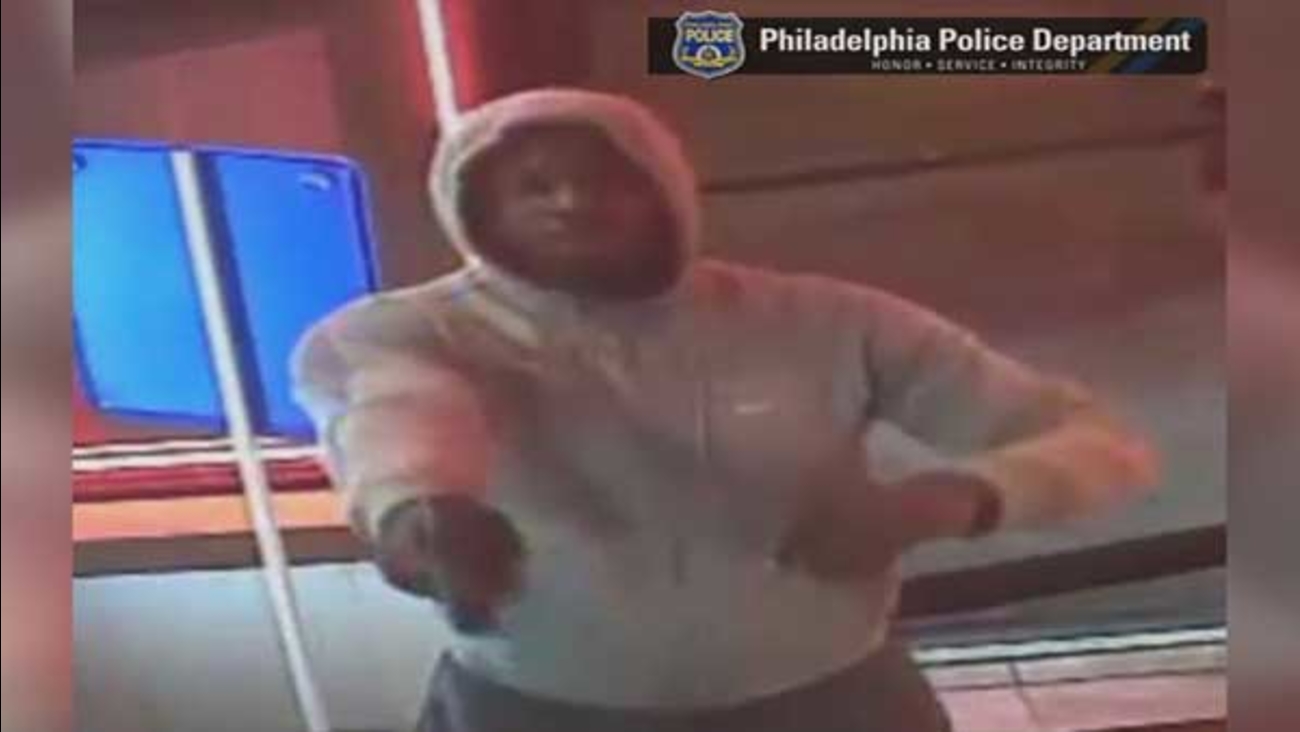 Police are looking for a suspect wanted in 3 robberies in West Philadelphia. (Philadelphia Police Department)

WYNNEFIELD (WPVI) -- Police are searching for a gunman wanted for three robberies in West Philadelphia.

The first robbery happened on November 8 inside the Robola Pizza restaurant located on the 1900 block of North 52nd Street.

Surveillance shows the man entering the restaurant at 9:37 p.m. and immediately pointing a gun at the employees.

He approached one victim and told him to empty his pockets before ordering him to the back of the store.

The suspect then approached a second victim and demanded the money from the register.

He got away with nearly $500 before fleeing east on the 5100 block of Lebanon Avenue.

About an hour later, the same armed suspect walked into Staci's Pizza on the 7400 block of Drexel Road.

This time he got away with $150 in cash from the register before fleeing the scene in a green Ford Thunderbird.

Police describe the suspect as a black male, 25-30 years-of-age, 5'8-5'10 tall with a medium build and medium complexion. He was wearing a light gray hooded "Nike" sweatshirt and dark gray sweat pants.


The third robbery happened on November 21.

Police say the suspect entered Yi's Market on the 5900 block of Lancaster Avenue around 5:30 p.m.

He pointed a gun at the clerk's head and went behind the counter.

The man got away with $100 and four cartons of cigarettes before fleeing the scene.

The suspect is described as a black male, 6'0 tall, 200 lbs. with a dark complexion and beard. He was wearing a dark colored hooded sweatshirt with red lion's head design on the front and yellow writing on the sleeves, and a gray back pack.