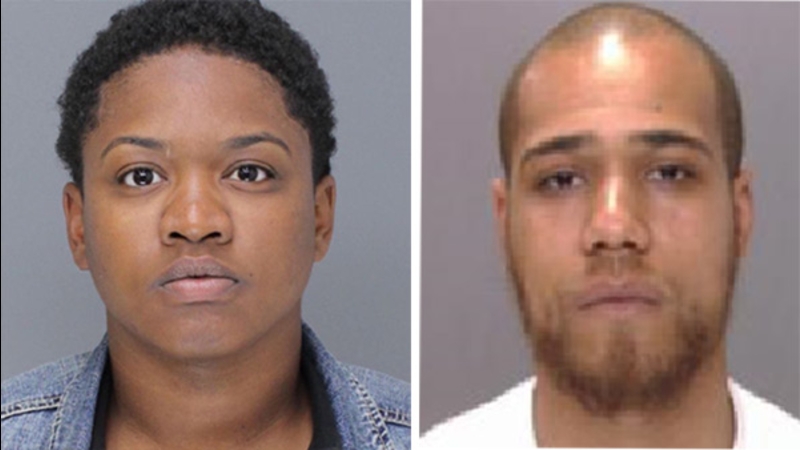 It was 1:00 p.m. Tuesday when learned that 27-year-old Jeffery Chandler was inside the Threadleaf Terrace in Burlington, New Jersey.

Task Force members along with local police executed an arrest warrant and Chandler was taken into custody without incident.

Chandler, of the 4900 block of Walnut Street in Philadelphia, was wanted in connection to two gun range robberies and a shooting in Philadelphia. He is now charged with robbery, aggravated assault and related offenses.

21-year-old Samiyyah Poteat, who was also wanted in connection with the robberies, turned herself in on Friday, June 13th. She is charged with two counts of the Aggravated Assault, Robbery and related offenses.

A 68-year-old man was getting into his car outside of Yury's Gun Range at 544 North Percy Street.

Police say Poteat and Chandler got out of a dark colored car and approached the victim.

Chandler allegedly pointed a gun into the man's face and took his backpack which contained two handguns, while Poteat allegedly removed items from the victim's pockets.

Both then fled the scene.

Police say the armed couple approached two men, ages 67 and 68, while they were in the parking lot.

The suspects robbed the men of seven guns and afterward police say Chandler shot the 67-year-old before the pair fled.