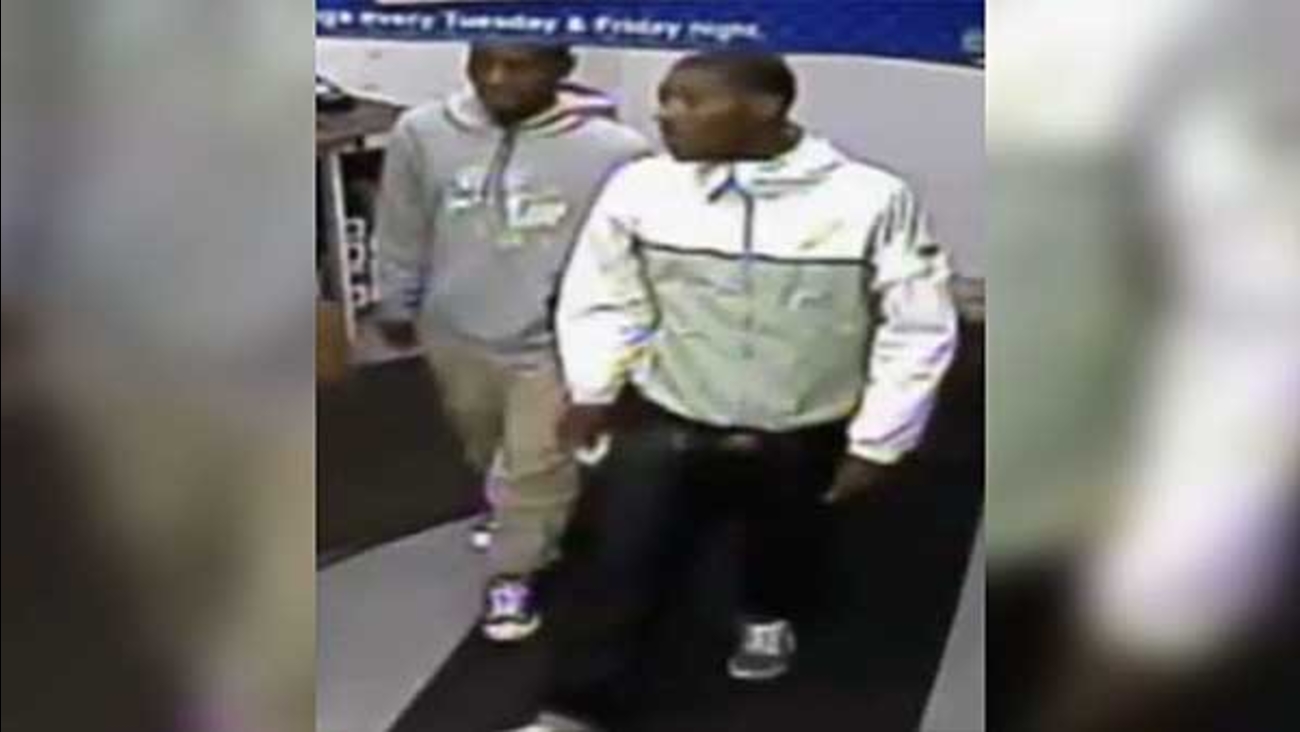 Philadelphia police are trying to track down two men wanted for a violent purse snatching in the city's Juniata Park section.

Surveillance video captured the suspects inside Jim's Variety Store on the 3500 block of Kensington Avenue on October 3.

Police say the men walked into the store at 7:30 a m. and asked an employee to break a $100 bill. When the employee said no, they then asked a 56-year-old woman standing at the counter.

The woman said she was unable to as well and the suspects walked out of the store.

But instead of leaving, police say the men waited for her outside.


A few minutes later you see one of the suspects sneak up behind the victim and grab her purse, knocking her around in the process.

The suspects then fled on foot with the woman's purse, which contained nearly $900, ID cards, medical paperwork, an Access card and a $200 money order.

Police describe the first suspect as a black male, 20 years-old and 5'10" tall with a dark complexion. He was wearing a gray hooded sweatshirt with "NIKE AIR" on the front and tan pants.

The second suspect is described as a black male, 20 years-old with a dark complexion. He was wearing a white and grey hooded jacket and black pants.