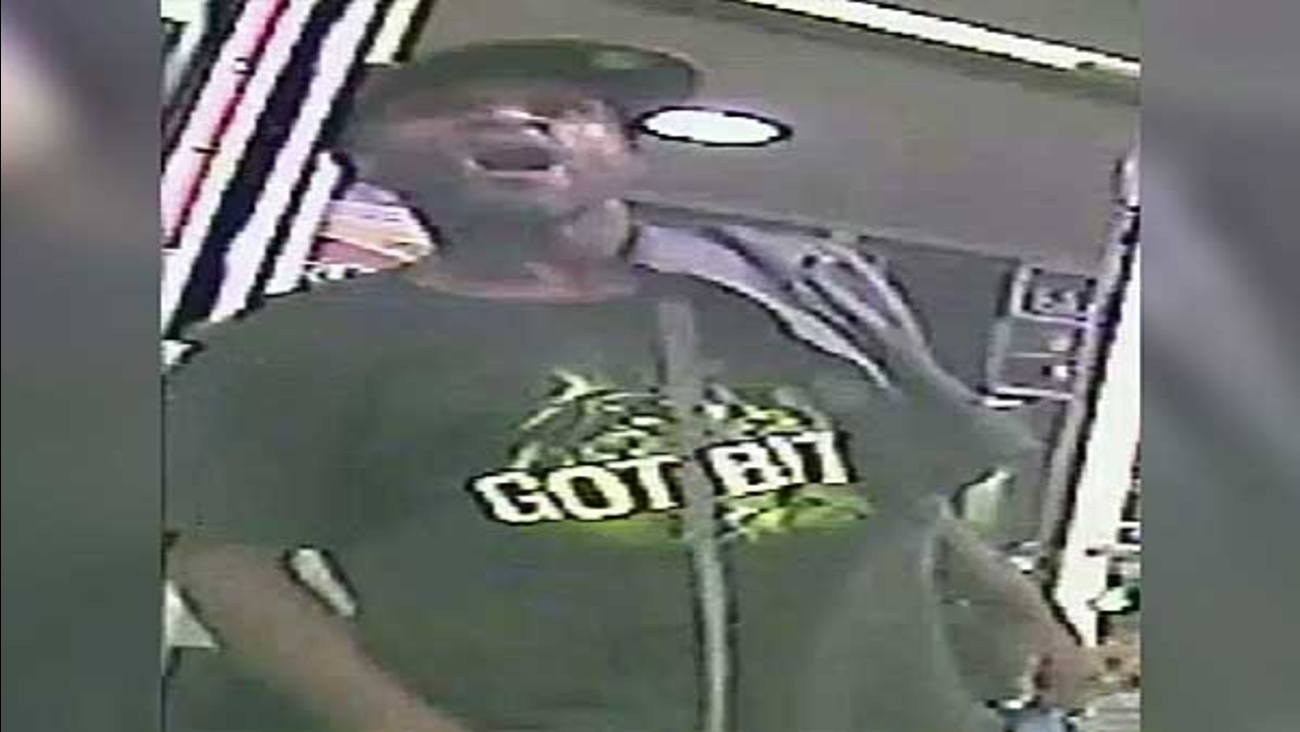 Police are searching for the suspects who robbed a Wawa in Northeast Philadelphia.

NORTHEAST PHILADELPHIA (WPVI) -- Police are investigating a robbery at a Wawa in Northeast Philadelphia.

It happened on July 30 on the 800 block of Cottman Avenue.

Police say an unknown black male and black female entered the store shortly after midnight and approached the counter asking for a carton of cigarettes.

When the cashier asked for their IDs, the man suddenly walked behind the counter, shoved the employees and stole 4 cartons of Newport cigarettes.

Both suspects then fled the scene in an older, dark colored Saturn driven by a third suspect.


Police describe the first suspect as a black male, 5'10 tall with a dark complexion and thin build. He was missing all his teeth and wearing a black and red baseball cap with the "P" on the front, black shirt with green print and "Got bit" on the front and "Bite" on the back, dark colored shorts and carrying a light blue book-bag.

The second suspect is described as a black female with a medium build and dark complexion.

The third suspect is unknown and was the driver of a dark-colored 4-door vehicle used to leave scene.