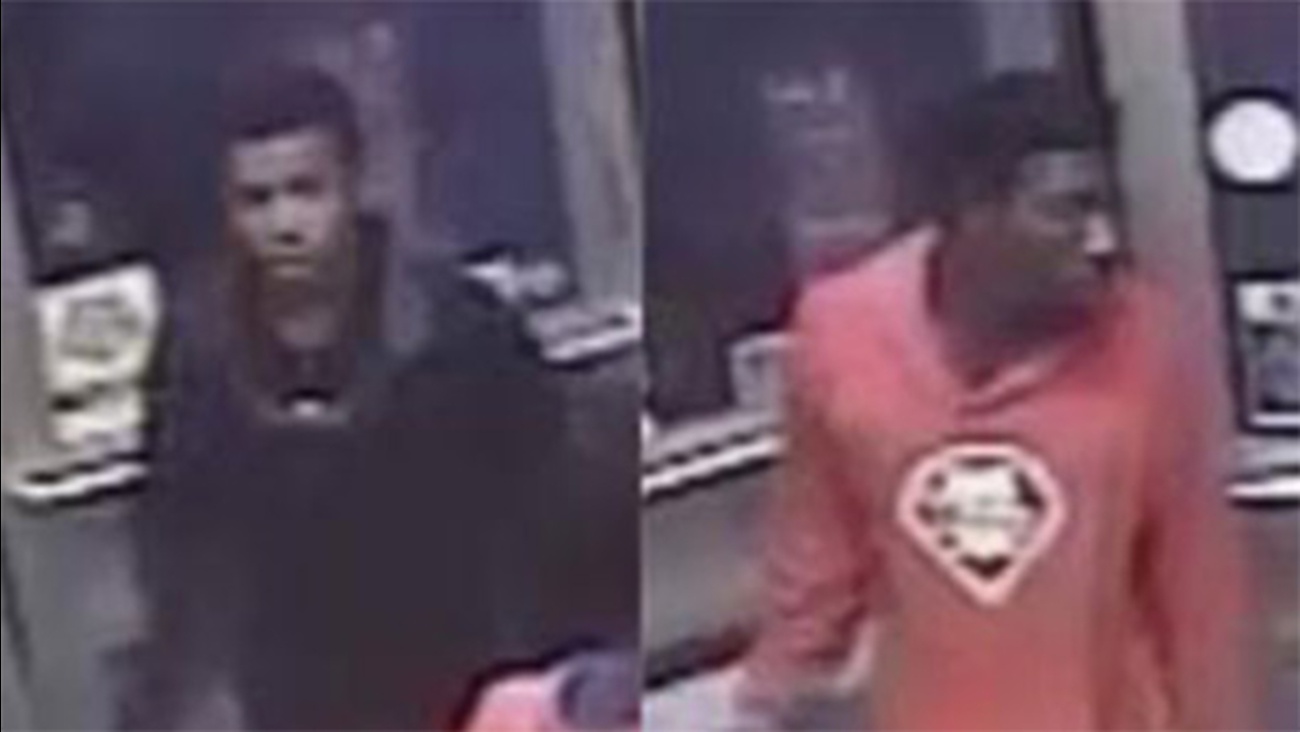 EAST OAK LANE (WPVI) -- Philadelphia police are asking the public's help tracking down two men who grabbed a man walking down the street in East Oak Lane and forced him to give up all his money.

It happened 7 p.m. Wednesday inside a store at 5th and Oak Lane.

The suspects pulled a gun on the victim and robbed him, then forced him to go into a store and withdraw $120.

The suspects then took the victim back to his house where they grabbed his laptop and two bicycles and then took off.


The first suspect is described as a black male, 20 years-of-age, 5'4, clean shaven, wearing a dark colored zip-up sweatshirt, tan pants, and armed with a handgun.

The second suspect is described as a black male, 20 years-of-age, 6'0, clean shaven, twists in his hair, and wearing a red Phillies sweatshirt.