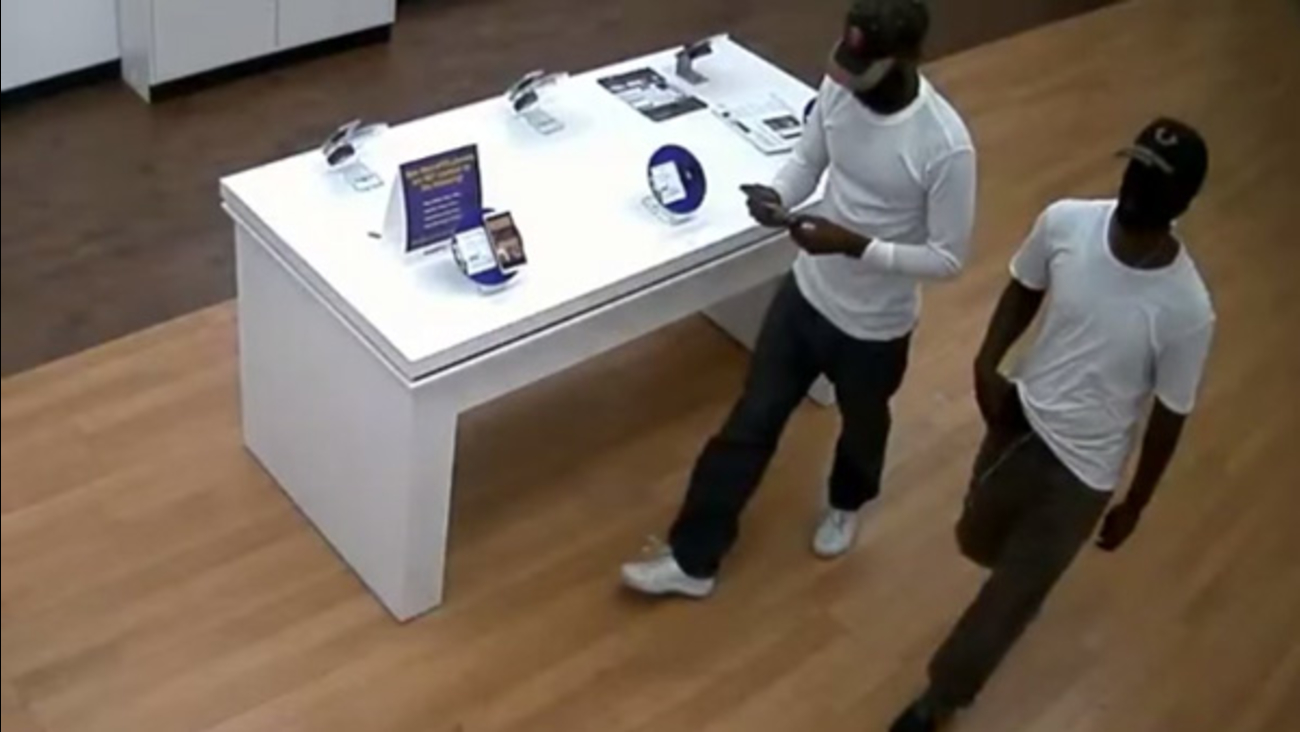 HUNTING PARK (WPVI) -- Police are searching for two suspects who robbed a MetroPCS store while armed with a plastic gun in the Hunting Park section of Philadelphia.

The incident took place Tuesday at 7:35 p.m. at the MetroPCS store on the 4200 block of North Broad Street.

Surveillance video of the robbery was released Thursday.

One suspect went behind the counter and pointed a black handgun at the clerk. He demanded the clerk get on the floor as the second suspect detained a customer.

The first suspect then grabbed the clerk by his neck and threw him to the floor and started taking the money.

The clerk then got up and grabbed the suspect's arm to stop him.

The suspect then struck the clerk in his head with the gun.

Seeing that the gun was plastic, police say the clerk got up again and attempted to stop the suspects.

The suspect fled with approximately $1,000.

They fled in an older model dark colored sedan, possibly a Nissan Maxima and a beige or gold colored small SUV.