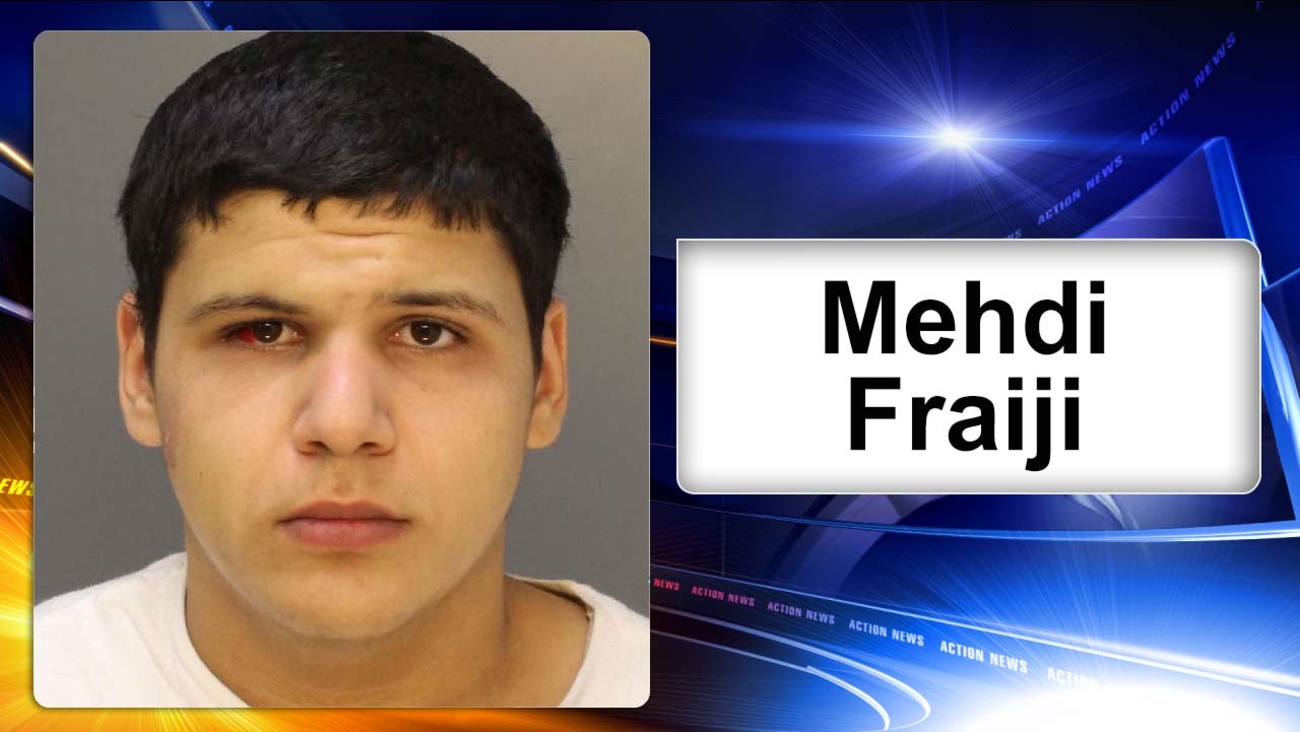 RITTENHOUSE SQUARE (WPVI) -- Police have identified the 17-year-old boy who was charged with a shooting in Philadelphia's Rittenhouse Square last week.

Mehdi Fraiji, from the 900 block of S. 15th Street, surrendered around 4 a.m. Saturday.

He is charged as an adult with Attempted Murder, Criminal Conspiracy, Aggravated Assault, Robbery, and related offenses.

The shooting happened around 9:30 p.m. Tuesday, October 18 inside the park by 18th and Walnut.

Police say officers on patrol heard multiple gunshots. They ran to the scene to find a man bleeding on the ground.

The victim, a 39-year-old man, was taken to the hospital where he was listed in stable condition.

Investigators say Fraiji and another male were in the middle of committing a robbery when the victim intervened, trying to stop them.

Fraiji took the gun from his accomplice and opened fire, police say, and the two suspects ran away without taking anything.

There was no word on the identity of the other suspect.
Related topics:
philly newsrobberyshooting
Copyright © 2020 WPVI-TV. All Rights Reserved.
More Videos
From CNN Newsource affiliates
TOP STORIES