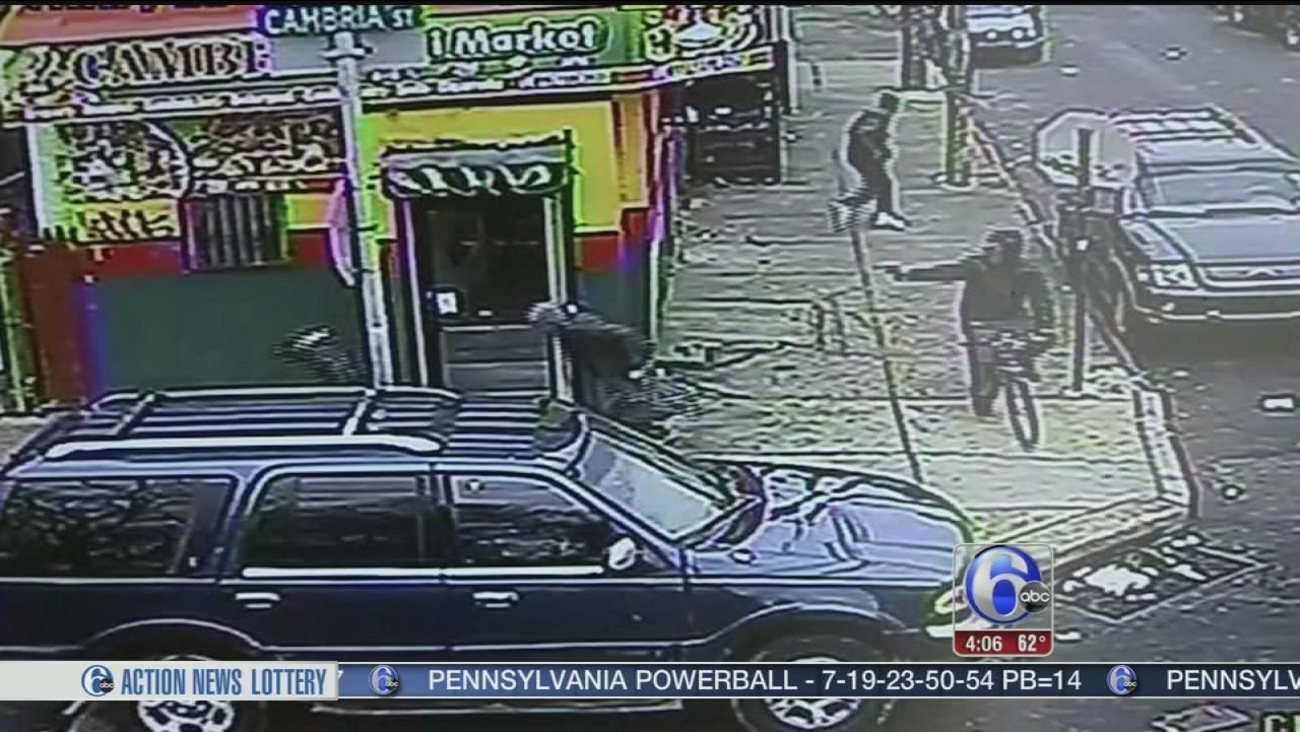 PORT RICHMOND (WPVI) -- A teenager who was shot multiple times outside a mini-mart in Port Richmond has died while police are still searching for the gunman.

The shooting occurred around 11:00 a.m. Thursday at the intersection of Amber and Cambria streets.

Surveillance video shows the gunman ride up on bike and open fire on two males standing on the street corner.

He was taken to Temple University Hospital in critical condition but later died.

A suspect was spotted fleeing the scene on the bike. No arrests have been made.

As with all Philadelphia homicides, a $20,000 reward is being offered for information that leads to the arrest and conviction of the person responsible.