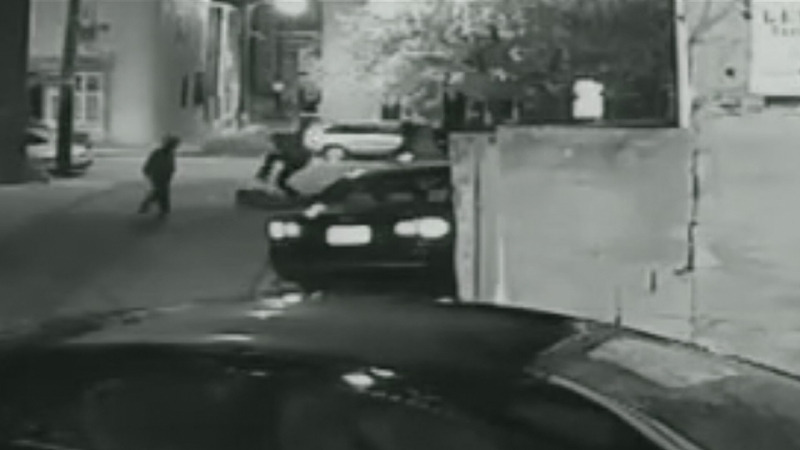 KENSINGTON (WPVI) -- A 17-year-old boy had just left a friend's house when three unknown men approached him on a narrow street. A surveillance camera captured the horrific moments that followed.

Police say the teenager was outside, waiting for someone to pick him up, when the three suspects approached.

Video shows one of the suspects, seemingly out of nowhere, deliver a violent blow to the victim's head. The teen was then punched repeatedly, before being thrown to the ground.

Seconds after hitting the street, one of the suspects lifts his leg and kicks the boy in the face.

The victim sustained a broken jaw and teeth during the attack.

If you have any information on the attack, police want to hear from you. To submit a tip, dial 215-686-8477 or text a tip to PPD TIP or 773847. You can also use this electronic form to submit a tip confidentially.