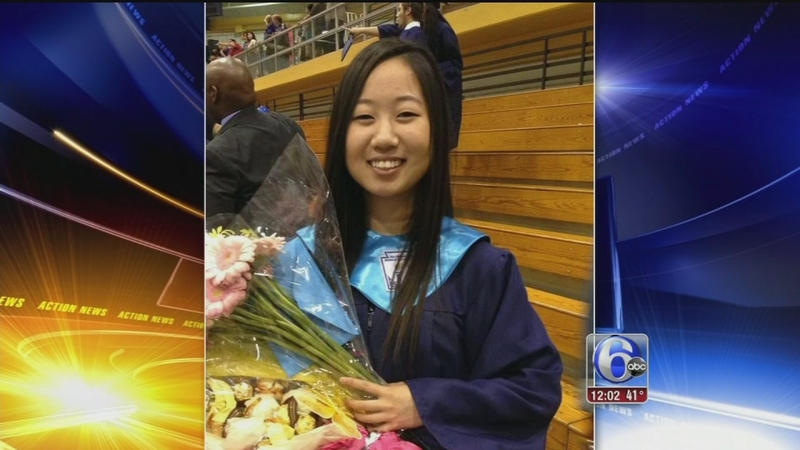 CENTER CITY (WPVI) -- Temple University has identified the student who died after she fell from a building and landed on a pedestrian Thursday night.

In a letter to the campus community, the university identified the victim as 18-year-old Rebecca Kim, a first-year student in the College of Science and Technology enrolled in the pre-pharmacy program.

According to investigators, Kim climbed out onto the ledge from a window to take photographs.

One of the Art Institute students asked her not to be on the ledge, police say, and told her to come back inside the apartment.

That's when she fell.

When Kim fell, she struck 44-year-old Erica Goodwin of Lansdowne, who was walking below.

Kim was taken to Jefferson Hospital in critical condition. She later succumbed to her injuries.

Goodwin was taken to Hahnemann University Hospital with multiple spine and rib fractures. She is in critical condition and sedated, but able to talk.

Goodwin's mother, Joyce, spoke to Action News on Friday, saying "It's unbelievable What are the chances that anyone would walk down the street and have someone fall on them?"

Erica Goodwin was on her way to a mentorship program for young girls when she was hit.

Meanwhile, authorities do not believe foul play was involved in Kim's death.

Temple University released a statement offering condolences and saying that grief counselors would be on hand for students on Friday.

Kim graduated from Wissahickon High School in 2014. The school district said Kim was "an outstanding student and will be sorely missed."