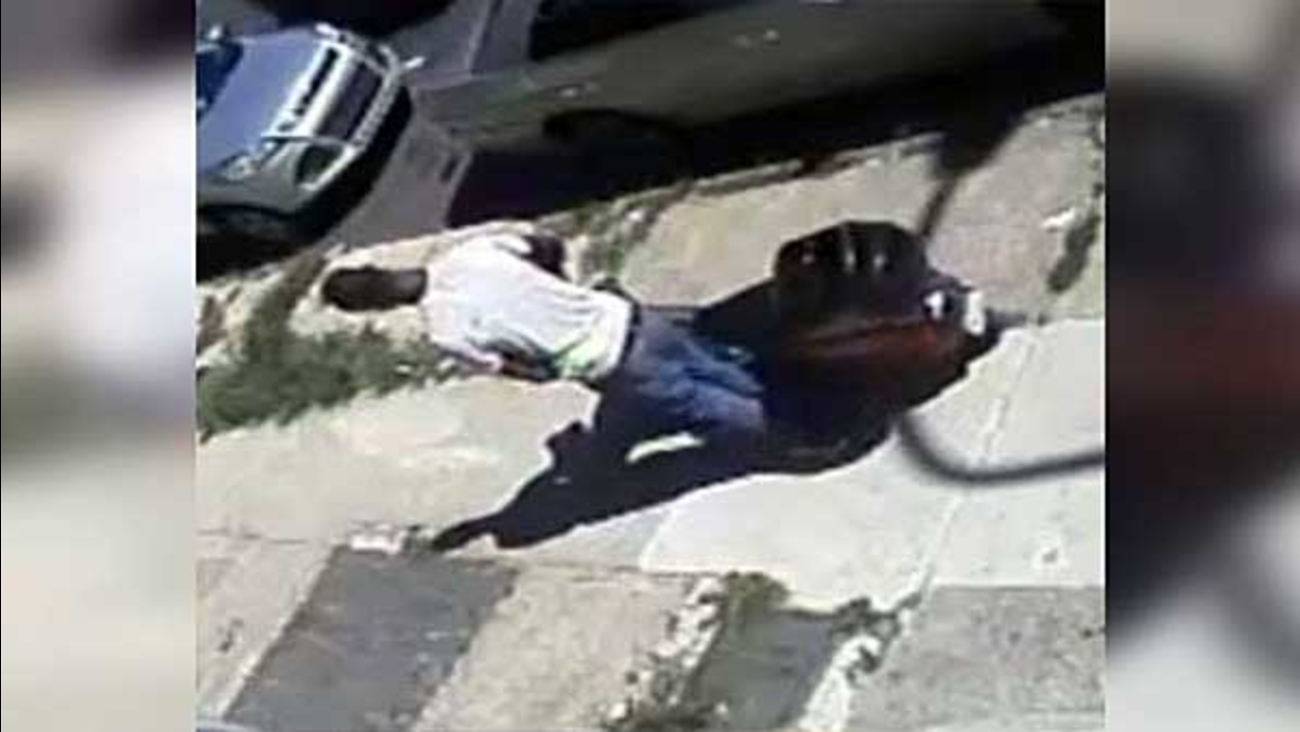 Police are searching for two men who swiped a locked scooter from the front of a home in North Philadelphia.

NORTH PHILADELPHIA (WPVI) -- Police are looking for two suspects who stole a locked scooter from outside of a home in North Philadelphia last week.

Surveillance video shows the suspects approaching the scooter outside of a home on the 2000 block of Ridge Avenue around 11:30 a.m. on September 18.

One suspect works to break the lock on the scooter while the second suspect, who can be seen in the background carrying a baby in his arms, acted as a lookout.

The pair then fled the scene with the scooter in tow.


Police describe the first suspect as a black male in his late teens to early 20s wearing a white t-shirt.

The second suspect is described as a black male in his late teens to early 20s. He was wearing a black t-shirt and riding a bicycle with a baby in his arms.