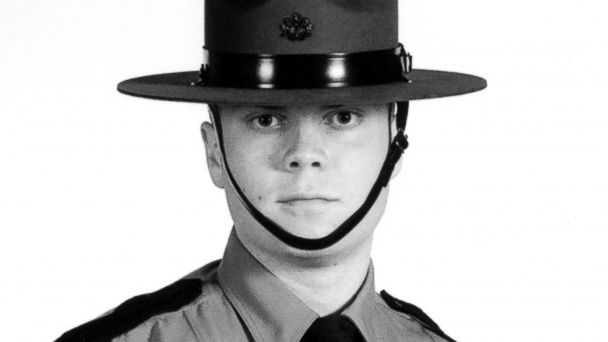 ABCNews
By EMILY SHAPIRO
A Pennsylvania state trooper critically injured in a sniper attack six month ago by accused cop killer Eric Frein said Saturday he feels he will "eventually be able to go back" to his old job.

On Sept. 12, 2014, state trooper Alex Douglass was shot in the pelvis during Frein's ambush, which took place during a late-night shift change at the State Police barracks in Blooming Grove, Pennsylvania.

Douglass has undergone 16 surgeries and has another one scheduled in April, he told ABC News affiliate WNEP-TV Saturday at a road naming ceremony for Cpl. Bryon Dickson, who died in the attack.

"I feel good," Douglass said to WNEP-TV. "I'm getting better and now I'm off the crutches. Our department was tremendous during this horrific tragedy. That's what really kept me motivated and just looking on into the future."

And Douglass' future could include returning to the state police.

"I don't want anything to hold me back," Douglass said, according to WNEP-TV. "It will be an honor to go back to the Pennsylvania State Police."

Frein was captured in October after a 48-day manhunt. At times, 1,000 officers searched the Pocono Mountains for Frein, who police said had planned his attack and hiding for years. The lives of residents in the area were disrupted by the manhunt, which forced school closings and event cancellations.

Frein pleaded not guilty to all charges, according to the Associated Press.