Trump's VP Search Could Be Down to 2 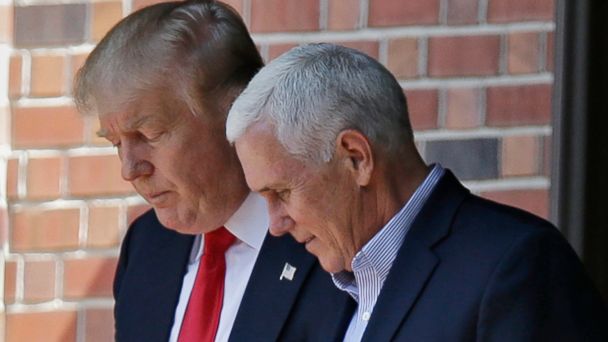 The mystery surrounding Donald Trump's vice presidential pick has reached new heights as the crowd of candidates has apparently thinned.

Newt Gingrich expects to get a call from Trump about his vice presidential decision after 1 p.m. today, Gingrich told ABC News this morning via email.

When asked whether he would be surprised if Indiana Gov. Mike Pence is chosen instead, Gingrich wrote, "Would not be surprised."

Trump met Wednesday with Pence and Gingrich, both of whom are believed to be the top two contenders for the running mate spot or in the top tier.

At least according to Gingrich.

During an interview with Fox News Wednesday, the former speaker of the House suggested that the running mate will likely get the verdict this afternoon before Trump's announcement of the decision Friday at 11 a.m. in New York.

"I suspect some time tomorrow that Mike and I will both get phone calls, and one of us will be packing our bags to go to New York, and the other one will be going to watch it on TV," Gingrich said. "And we'll find out tomorrow afternoon at some point which one is which."

Gingrich, who has been a supporter of Trump's presidential run from the early stages, believes he has a good shot at the spot.

But he noted that Trump has also made an effort to get to "know Mike [Pence] and his family better," as demonstrated by Trump's decision to have his oldest children and son-in-law attend a meeting at Pence's house in Indiana on Wednesday morning.

New Jersey Gov. Chris Christie did not meet with any members of the Trump family Wednesday. He met Tuesday with some of Trump's adult children, but Trump was not present.