Action News Investigation: More families speak out over MiraLAX side effects for kids

WPVI
An Action News Investigation making national headlines has revealed parents' concerns that a popular over the counter medication is sickening kids.

Following our report, we heard from families across the country who are also voicing claims that their children have developed neuro-psychiatric problems and other troubling side effects after taking MiraLAX.

Lots of parents have reached out to us asking what to do, desperate for answers, because some say after their children were prescribed MiraLAX off label, the behavioral issues started - from depression to anger, anxiety and mood swings.

Now, we have some answers from the experts, including new details on the Children's Hospital of Philadelphia study, and resources where parents can turn.

Oerkfitz was placed on MiraLAX when she was just 3-1/2 years old.

"I would be very aggressive towards my sister; I would want to kill my sister, and I was 4," Oerkfitz said.

Her mother Jeanie Ward said she was horrified to see her once care-free daughter change drastically after she says she took MiraLAX for just ten days.

It was similar to the stories other families shared with Action News, after they say doctors prescribed MiraLAX off label to treat their children's constipation.

"After six days on MiraLAX, we noticed overnight he acted out of character," parent Sarah Locatelli said.

As Action News reported, MiraLAX is made up of Polyethylene Glycol or PEG 3350. The label says for use in "adults and children 17 years of age and older" and for "no more than 7 days."

But our investigation found many doctors prescribe MiraLAX for young kids, and in some cases for long term use.

Now, doctors at CHOP are speaking out to Action News for the first time, defending the safety of MiraLAX.

"Since MiraLAX came out, we found it so effective, currently it is the go to medication to start with," CHOP pediatric gastroenterologist Dr. Ritu Verma said.

Dr. Verma admits some of her own patients have claimed their children experienced concerning side effects from the medication, but she says there is no evidence as of yet that it causes any harm.

"We do not at this time have any information at all to say that this is an unsafe medication," Verma said.

The FDA previously told Action News there was "insufficient data to demonstrate a link between PEG 3350 and serious neuropsychiatric issues in children" - citing only 167 adverse events reported to the FDA through 2012.

But we dug through a 3,900 page document of 14,688 adverse event reports through 2016 and found more than five times as many. The FDA's own records actually document 950 children who have reported adverse events to the FDA after taking MiraLAX, ranging from mouth ulcers, to suicidal thoughts, mood swings, aggression and seizures.

The Administration confirmed these numbers, but says there are several limitations including that adverse event reports don't necessarily prove a relationship between the product and the event. And said, "the FDA has considered these reports...and at this time does not believe additional warnings or other changes are warranted."

"If a parent is extremely concerned about the side effects of MiraLAX or any other medication, they should stop the medicine," Verma said.

"We should not be using something off label that's not approved in children. I definitely have a great concern over that," Berry said.

CHOP wouldn't talk about the $325,000 study they are conducting for the FDA, which was commissioned back in 2014.

But to our surprise, apparently it hasn't started yet.

After our report, they published a statement online, which says, "Researchers...have not begun enrolling children, but once enrollment begins, an announcement will be made."

"To me, there is definitely what I would call a red flag," civil attorney Derek Braslow told Action News.

Braslow says he is now reviewing more than 500 families' claims and is considering filing a lawsuit against Bayer, the maker of MiraLAX.

But for now, for the families we spoke with, questions still remain.

"The rage lasted about 13 years, like it just stopped," Oerkfitz said.

Oerkfitz, now 19, says the side effects - anger, paranoia, and anxiety - have just recently subsided. And while her memories are filled with pain, she hopes other families will think twice before giving their children MiraLAX.

"I don't feel like I got to live a normal childhood," Oerkfitz said.

Bayer previously told Action News there have been many clinical studies conducted with PEG 3350 in pediatric populations which have demonstrated safety for short and long term use in children.

Response to your question on adverse events reported to the FDA:
It is important to note that over-the-counter products containing PEG 3350 are not labeled for use in pediatric patients (other than to direct parents to consult a doctor) or for extended periods of time. However, the agency has undertaken comprehensive reviews of adverse event reports and medical literature. These reviews have indicated that the approved labeling for PEG 3350 products accurately conveys their risks, and additional warnings regarding neuropsychiatric issues in children are not warranted at this time. However, we understand that many parents and physicians rely on these products to treat serious constipation. Because the FDA takes the health and welfare of pediatric populations very seriously, the agency is funding research at Children's Hospital of Philadelphia (CHOP) to better determine the benefits and risks associated with the use of these products in children. The study is ongoing.

With respect to adverse events, the FDA confirms that, as found in the provided FOIA report which dates up to September 16, 2016, there are nearly 1,100 reports of adverse events in FAERS referencing MiraLAX and pediatric patients. However, it is important to understand that adverse event reports (FAERS data) do have limitations. First, there is no certainty that the reported event was actually due to the product. For a safety report, the FDA does not require that a causal relationship between a product and event be proven, and reports do not always contain enough detail to fully evaluate an event. Reports are often duplicates or updates of previously reported events, and therefore a raw count of reports may not accurately convey the number of unique events that have actually been reported to FDA. Further, the FDA does not receive all adverse event reports that occur with a product. Many factors can influence whether or not an event will be reported, such as the time a product has been marketed and publicity about a drug or event. Therefore, FAERS cannot be used to calculate the incidence of an adverse event in the U.S. population. In addition, while adverse event reports give us some information about a product and serious injuries or deaths related to use of a particular product, they often indicate situations that require additional analysis and do not constitute conclusive evidence of a problem with the product. Sometimes after further analysis, the adverse events may inform agency decisions to take regulatory action. Other times, further analysis shows that the adverse events were not attributable to a problem with the product but to other factors, such as a patient's underlying health conditions. It also is important to note that the number of adverse events identified may fluctuate with our growing understanding of an issue, as well as through identification and elimination of duplicate reports. For more information regarding FAERS: http://www.fda.gov/Drugs/GuidanceComplianceRegulatoryInformation/Surveillance/AdverseDrugEffects/default.htm

As mentioned above, the FDA has considered these reports as part of its review and at this time does not believe additional warnings or other changes are warranted. We look forward to results of the CHOP study, to further determine the benefits and risks associated with the use of these products in children.

I also refer you to the previous responses FDA has provided you, and the FDA's response to the 2012 Citizen Petition from the Empire State Consumer Project, available at http://www.regulations.gov/#!documentDetail;D=FDA-2012-P-0566-0006

REPORT AN ADVERSE EVENT TO THE FDA:

For information on how to submit an adverse event, see here:
Healthcare professionals and patients are encouraged to report adverse events or side effects related to the use of medical products to the FDA's MedWatch Safety Information and Adverse Event Reporting Program:
Complete and submit the report Online: www.fda.gov/MedWatch/report
Download form or call 1-800-332-1088 to request a reporting form, then complete and return to the address on the pre-addressed form, or submit by fax to 1-800-FDA-0178

Bayer Consumer Health has a long history as a leader in the manufacture and marketing of a broad range of over-the-counter (OTC) healthcare products and nutritional supplements. The health of our consumers is our top priority.

The MiraLAX brand became part of Bayer's OTC portfolio in the United States in October 2014 with the acquisition of Merck Consumer Care. MiraLAX is an osmotic laxative that relieves occasional constipation. MiraLAX was introduced as a prescription laxative in February 1999 and was approved by the FDA as an OTC medication in 2006. OTC labeled dosing applies to adults and children 17 years and older for up to 7 days, unless otherwise directed by a doctor.

While MiraLAX is not labeled for use in the pediatric population, there have been many clinical studies conducted with PEG 3350 in pediatric populations which have demonstrated safety for short and long term use in children with a history of chronic constipation.

As part of Bayer's ongoing commitment to consumer well-being, we regularly track, analyze and report all adverse event data related to the use of the product. Results of this ongoing monitoring support the continued safe use of MiraLAX.

With regard to the clinical study in question, it is a government-funded study by the National Institute of Health being conducted by the Children's Hospital of Philadelphia. As Bayer is not involved in the study, any inquiries should be directed to them.
Related topics:
healthcheckparentingchildrenaction news investigation
Copyright © 2020 WPVI-TV. All Rights Reserved.
RELATED 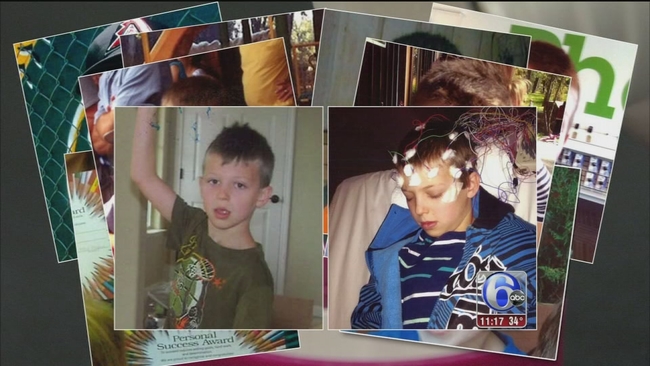