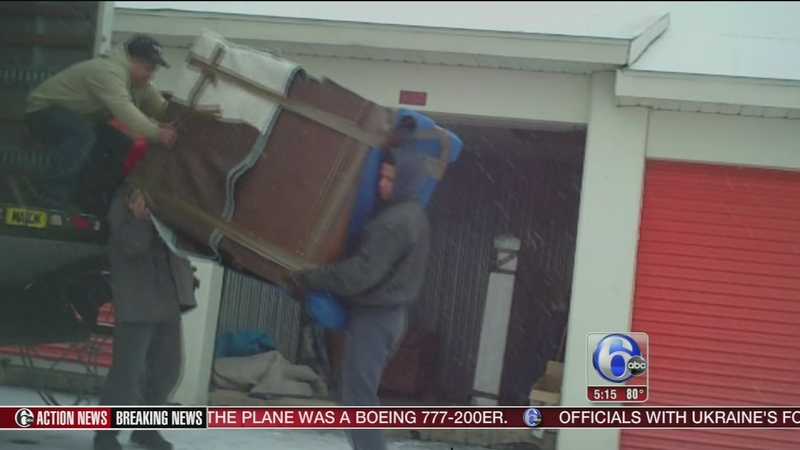 The New Jersey Department of Consumer Affairs has filed a lawsuit against a moving company first exposed as part of an Action News Hidden Camera Investigation.

Our investigation exposed the practices used by Moving Max to allegedly swindle customers out of their hard earned cash.

Three customers told us Moving Max padded their bills with bogus charges, doubling even tripling the amount they were originally quoted.

Virginia Jedry says, "I think they are horrible. I think they're thieves."

Lilly Miller tells us, "I was traumatized - I was hysterical."

So we set up hidden cameras in a storage unit and at a home to see if they would up-charge us.

We were originally quoted about $300 for a three hour move, but when our goods were on their truck, they demanded more than 3 times that much - $927!

Eric Kanefsky, Director New Jersey Office of the Attorney General, Division of Consumer Affairs, tells us, "A bait and switch. That is a violation of our state's Consumer Fraud Act."

The Attorney General's Office, who spoke with us in January, filed a lawsuit against Moving Max this week, alleging they "engaged in a predatory bait and switch scheme," billed customers for "bogus charges," and then "threatened to drive off and retain the customers personal belongings unless and until payment was made by cash or money order."

Kanefsky says, "They are disgraceful, they are something we dedicate a significant amount of time to through sting operations through court proceedings. And it is a little cat and mouse game, but we continue to give the resources that we need to put these companies out of business."

The Attorney General's Office also says, in 2007 Moving Max owners signed a $50,000 Consent Judgment with the state, promising not to engage in "unfair or deceptive acts" after allegedly engaging in similar scheme under the name "A Professional Movers."

This lawsuit may be good news for unhappy customers. The Attorney General's Office is seeking restitution for those who believe they were victims.

We tried to contact the owners of Moving Max both my telephone and email, but three numbers for the company were out of service and they didn't respond to my email.