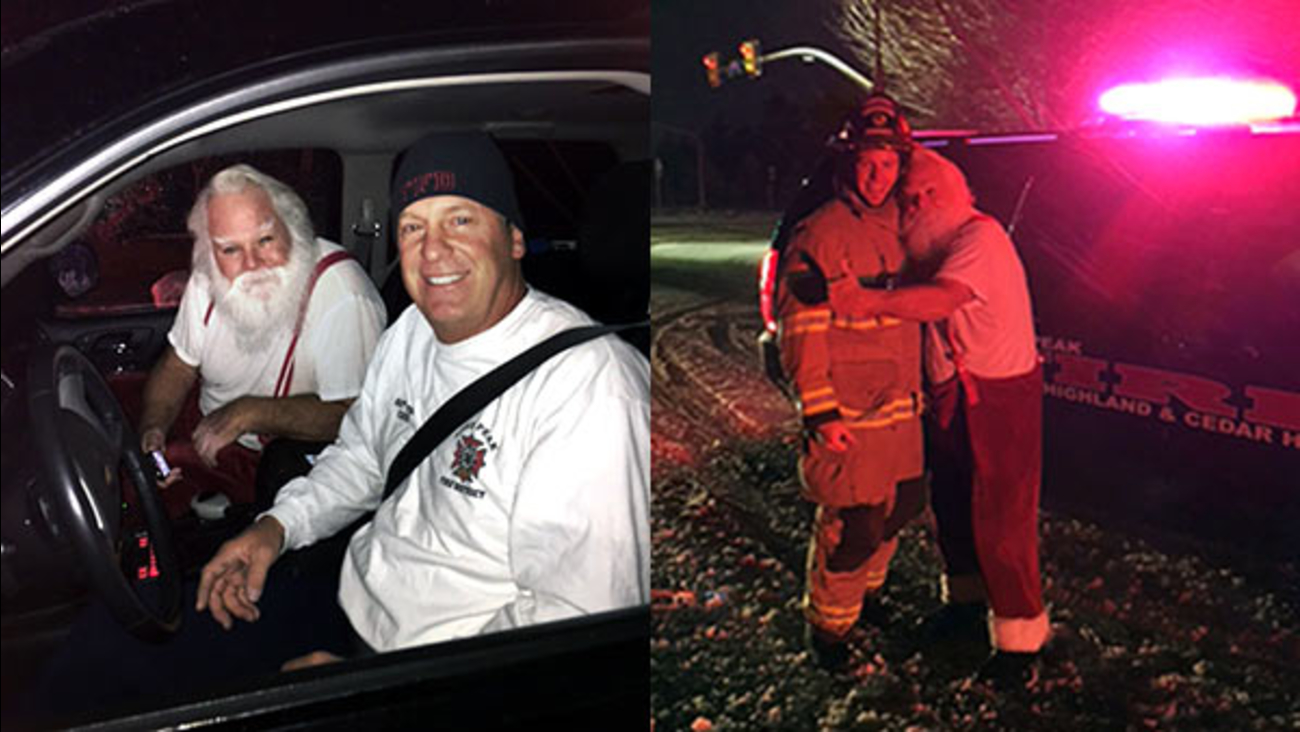 SALT LAKE CITY -- A stranded Santa Claus whose car caught fire Christmas morning is sure to put one northern Utah fire department on his nice list next year.

Steven Macey, a Santa-for-hire dressed in a red suit and beard, was on his way to deliver presents at a home when his car overheated and caught fire around 6:30 a.m. Friday, according to Lone Peak Fire Battalion Chief Joseph McRae.

He has been portraying Santa for decades. After making appearances at Christmas Eve parties until 1 a.m., he headed to an early Christmas morning appointment at a home in Alpine, a city about 30 miles south of Salt Lake City. 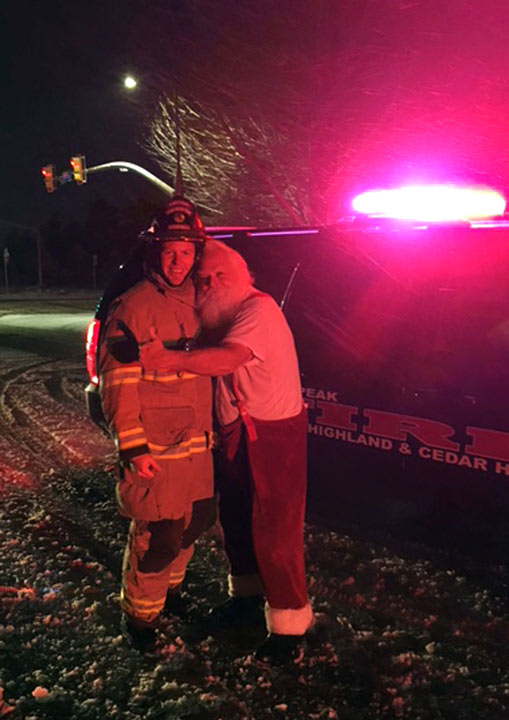 Macey said his older car began smoking after he climbed a snowy hill. He got out of the car and retrieved his St. Nick coat, belt and bells before moving away and calling 911.

A passing driver stopped and let him wait in their vehicle until firefighters arrived.

"They were stunned when I came walking down the road - a Santa," Macey said. "They all wanted pictures."

Fire crews extinguished the blaze, but the car was destroyed.

"He's going to have to go back to using his sleigh," McRae said.

The battalion chief gave Macey a ride to the nearby home so he could make his appointment.

"You can't leave Santa stranded on the side of the road," McRae said.

After the Santa suit-clad Macey delivered presents to the child, the family at the Alpine home offered to let Macey borrow one of their vehicles, which had been left at a friends' house. 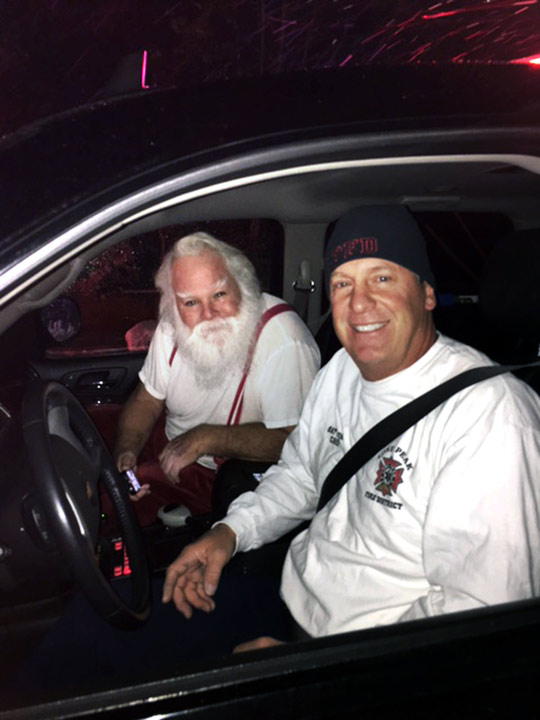 Someone gave him a ride and he borrowed the car to get home.

Macey said he was touched by all the kindness, including that of the firefighters.

"It's not a disastrous Christmas for me. As a matter of fact, it's probably the greatest Christmas I've ever had in my entire life - to see people care and put their arms around me."

McRae said he's worked many holidays but has never had the chance to rescue a Santa Claus.

"It kind of makes it a little more enjoyable to do something like this," he said. "We're just glad that he could get out and make the call and then continue on his last little trip there."