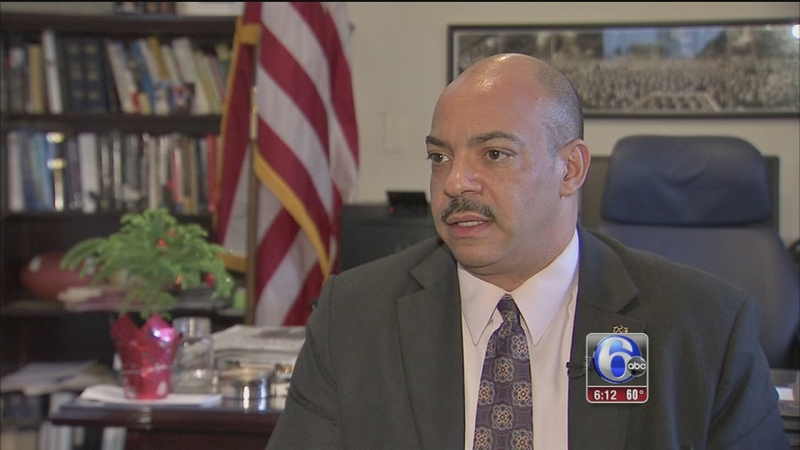 Controversy continues to swirl around the Philadelphia's District Attorney's office.

D.A. Seth Williams has come under fire because of three of his prosecutors who are allegedly involved in the so-called "porngate" scandal - the collection of pornographic, misogynistic, racist and homophobic e-mails that went viral through state government.

Despite urgings from City Council, Williams has refused to fire the men and he sat down with reporter Vern Odom to explain why.

"I feel all of it was repugnant. I think the professionals should not be sharing that while at work," Williams said.

Attorney General Kathleen Kane controls the access as she deftly uses them to retaliate against her political enemies as she fights criminal charges against her for allegedly releasing secret grand jury testimony.

Caught up in the scandal are three of the D.A.'s top prosecutors: Frank Fina, Pat Blessington, and Marc Constanzom who were part of the chain that exchanged filthy e-mails when Fina and Constanzo worked for the State of Pennsylvania.

Williams has refused to fire them from city government. Under a firestorm of pressure from activists and city council members, he has essentially hid them in the basement, out of public view.

"I'm not in any way trying to defend the emails that they share or they did it while at work. It makes no sense to me how the Attorney General was running the office," Williams said.

But as the political pressure keeps rising, Williams is clearly setting the stage for dumping if other shoes drop.

"If there's more information, if we have a better picture, more full and complete picture, than I might take other actions," Williams said.
Seth Williams says A.G. Kane, his bitter enemy, may have somehow triggered the current federal probe into his campaign spending.

"At the end of the day, I didn't do anything wrong and everybody will see that and know that," Williams said.

The D.A. says he will run for re-election in 2017, but nearly two years out, it is far too early to assess whether or not this sideshow in the porngate scandal will generate a serious challenge to Seth Williams.