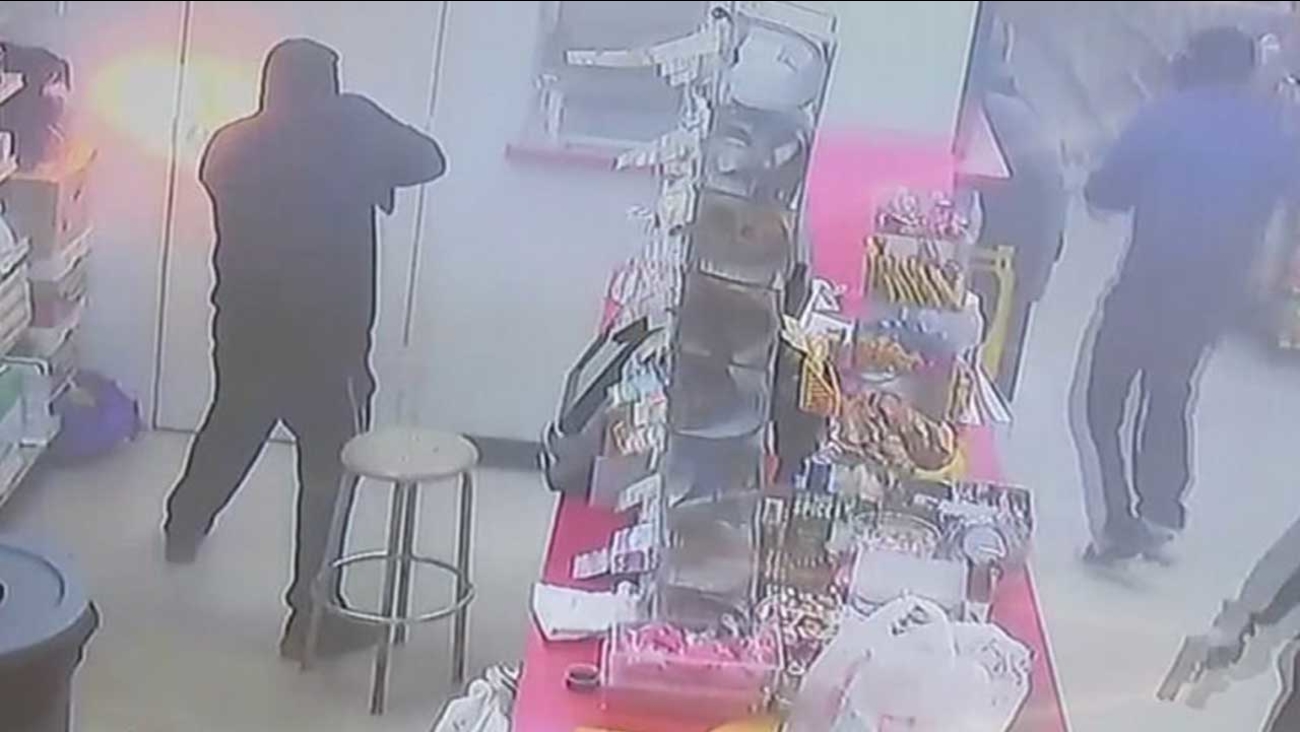 HOUSTON (WPVI) -- Terrifying video shows three armed men storm into a supermarket and try to rob the place. The terrified customers ran into a back room to hide.

It happened Friday at the store on Evergreen and Hemlock in southeast Houston.

First there was a gunshot to the ceiling. It sent both customers and cashiers running.

This is video taken from inside the supermarket on Evergreen and Hemlock.

Two men rushed in, but a cashier managed to shut and lock the door just in time.

The men try everything, but can't get through. While they're at the front, another armed man heads to the back of the store.

One suspect puts a gun to the head of a customer.

One customer in the video looks like he's practically begging the gunman to take his wallet.

But the gunman isn't done. He, too, tries to break through the door, but even his bullets and kicks are unsuccessful.

Seconds later, all three are gone.

"If I was meant to die that day, I would've been dead," said cashier Noor Kadiwala. "But it's all God's grace; saved all of us."

Kadiwala was in the gray. He's the one who runs to the room and shuts the door. He then opens it for another cashier, then closes and locks it again less than half a second before the robber arrives.

That half a second may have made the difference between life and death.

"At that point in time, nobody thinks," said Kadiwala. "It just happens."

Outside cameras captured the men coming and going in a green Mitsubishi.

Man accidentally shoots himself in King of Prussia Mall: Police