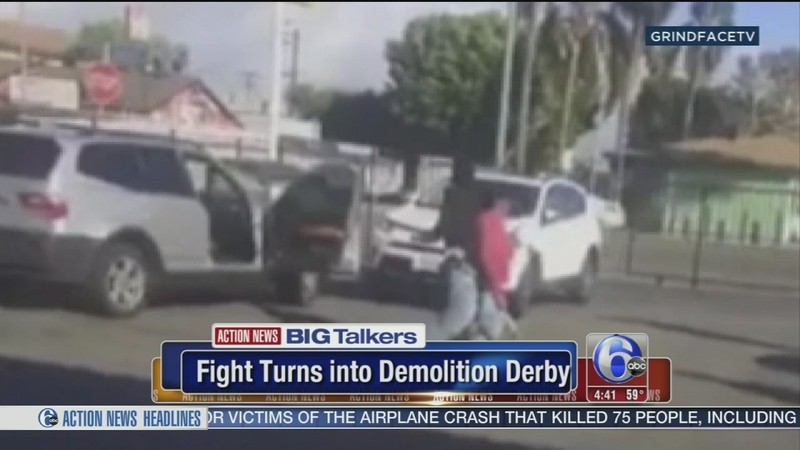 Dramatic video captured fists flying in an apparent argument over a parking space near the 8400 block of South Western Avenue on Sunday.

A number of women were seen fighting when one woman jumped into a white SUV.

The driver revved the engine and the video showed her smashing into a silver SUV, nearly taking off the passenger door.

The vehicles collide several more times as they maneuver back and forth in the small parking lot.

The SUVs headed into the street where the white SUV was spotted delivering one more crunching blow to the silver SUV. The white SUV then mowed down a fire hydrant, sending a geyser of water into the air.

KABC-TV in Los Angeles reached out to the Los Angeles Police Department who said a report of the incident has yet to be filed.