Police say it began around 5:30 a.m. Thursday when a homeowner spotted a man trying to break into his car. The suspect fled in another car, but the homeowner got into his own vehicle and gave chase, investigators say.

The surveillance video shows the two vehicles involved speed through the intersection of East Bridge and North Pennsylvania avenues. The suspect's vehicle leaves the road and crashes between a building and a tree.

Video shows a man chase down and shoot a would-be thief in Morrisville, Bucks County.

The homeowner's vehicle comes to a stop. The homeowner is seen getting out of the driver's side door, pointing a gun at the suspect's vehicle.

That suspect gets out of his car and almost immediately falls to the ground. Police say the man was shot in the arm.

The would-be thief the picks himself up and runs, and that homeowner is seen following. Both the leave the view of the camera. 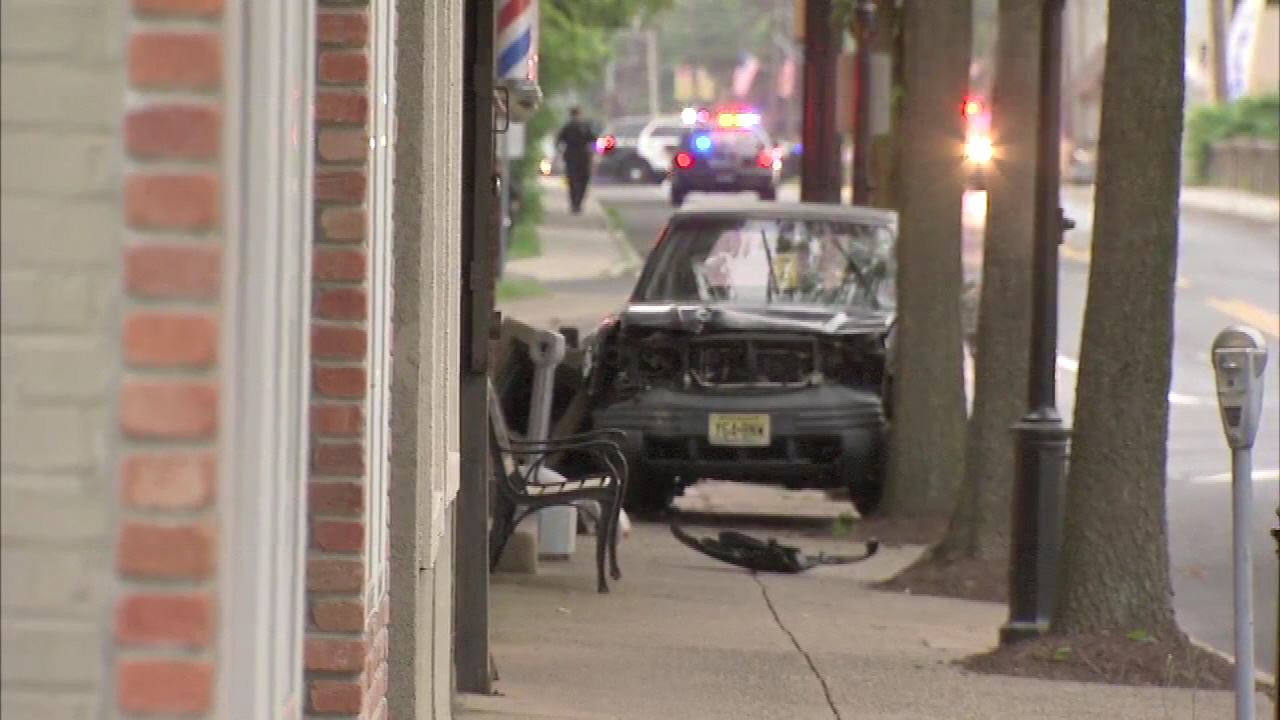 PHOTOS: Suspect shot by homeowner in Bucks Co.
Police are investigating an attempted theft and car chase that ended with a homeowner shooting and wounding a suspect in Morrisville, Bucks County.

Officers arrived, and the suspect was taken into custody. He is being treated at an area hospital. There was no immediate word on his condition.

The girlfriend of the shooting called 911 as he took off. Police also took that man into custody as he sat next to his vehicle.

His gun could be seen sitting on the hood of his silver Honda.

"We were just 'wow!' It just happened so quick, it was so quiet out here. All of a sudden we thought we were dreaming. It hit so hard, the impact of it shook the whole building," said Joe Starling.

Surveillance cameras at Jags barbershop next door recorded the crash and shooting.

"It was pretty frightening actually to think that something like that happened right here in a place where we've been doing business for 15 years," said owner Diane Gutierrez.

Police are investigating an attempted theft and car chase that ended with a homeowner shooting and wounding a suspect in Morrisville, Bucks County.