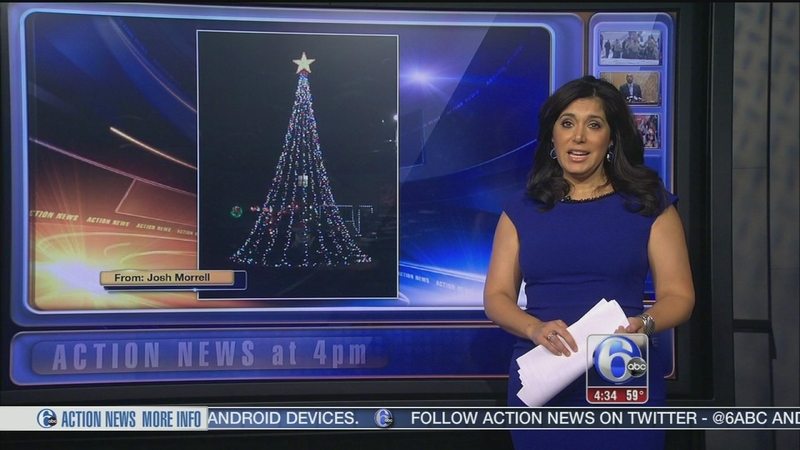 NORTHEAST PHILADELPHIA (WPVI) -- It's a beloved Christmas decoration that has brought joy to children in a Northeast Philadelphia neighborhood for many years.

But the popular Christmas tree display on Oak Drive - handcrafted with roughly 2,400 lights and standing 22 feet tall all the way up to the star - is now sitting in shreds at a trash yard.

In the video, a city recycling truck can be seen ripping down the tree Thursday afternoon, backing up into it a few times, damaging it and then tossing the remains in the trash.

In the Facebook post, Morrell narrates the replay of the surveillance video, saying the drivers steer right onto the island to ensure maximum destruction.

"Now hes going to cut that wheel really hard and get on top of that circle, yanking the c**p out of that thing and now the damage has been done," he said.

Another neighbor chased down the truck, but says the driver denied any responsibility.

Neighbors filed a complaint with the Sanitation-Streets Department and supervisors took a look at the surveillance video.

Chief of Operations Keith Warren visited the 6abc studios on Friday and apologized, calling the incident an unfortunate accident.

"If you look at the tape, it wasn't intentional. It was just a guy trying to collect the trash and the decorations were lower than the height of the truck," he said. "The guys tried to correct the mistake. They didn't report it timely, and I apologize for that."

Warren also says because the tree was on communal property, the drivers couldn't identify the owner.