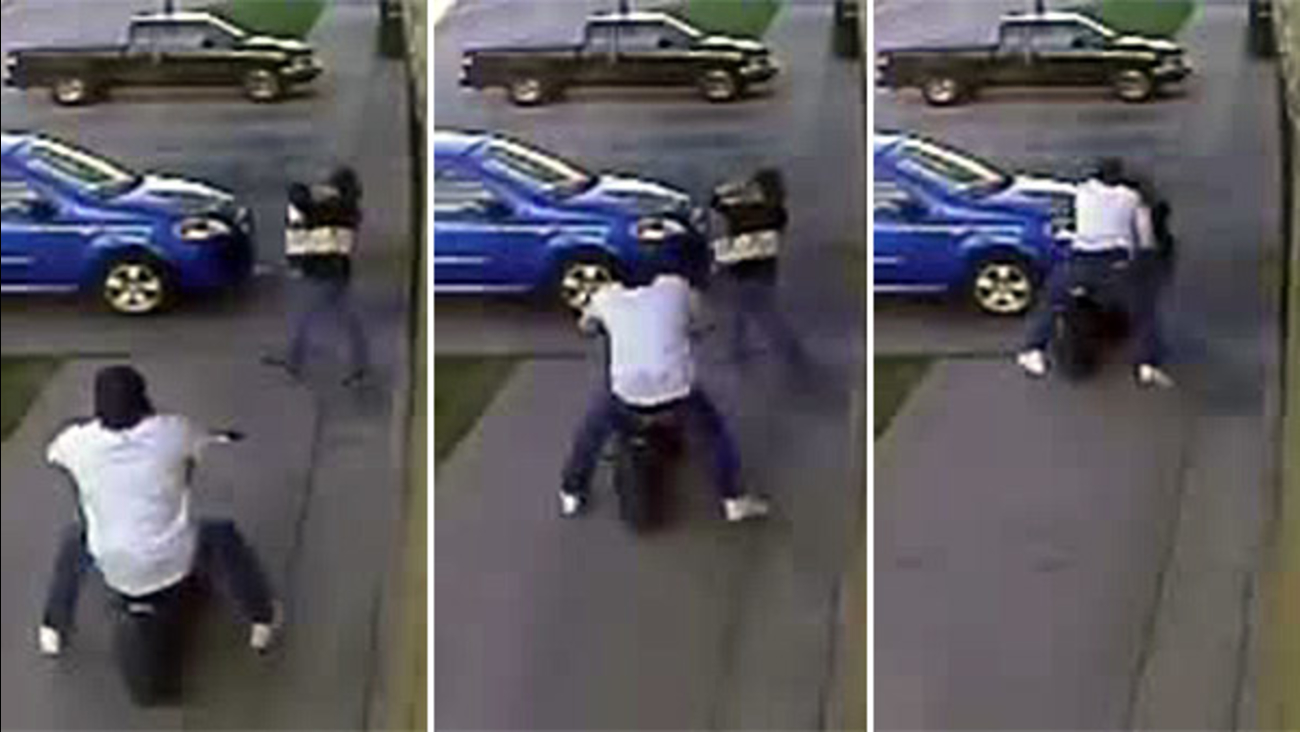 CHICAGO (WPVI) -- A woman was struck and knocked unconscious by a motorbike on a Chicago sidewalk. The driver stopped briefly, but left.

Surveillance video shows the hit-and-run crash outside the South Side auto shop where Catalina Gomez works as a receptionist.

About three weeks ago, the 24-year-old woman was on her way home when she was struck by the minibike.

"I honestly do not remember any of it. I remember waking up in the hospital," Gomez said.

She suffered a severe concussion, bruises and damage to her peripheral vision. The driver of the bike got off his bike and looked at Gomez, then went inside the auto shop. When he didn't find anyone inside, he took off. He didn't even call 911, Gomez said.

"It is sad, how can people be so cold-hearted as to leave somebody lying there. What if my co-workers weren't there? What if no one would have found me?" she said.

A woman was struck and knocked unconscious by a motorbike on a Chicago sidewalk.

Mechanics from the shop found Gomez a few minutes later.

"We were about to leave. As soon as I was going out, I saw her on floor, tried to talk to her to see if she responded," Jose Garcia said. He then called an ambulance.

No one- including Gomez- knew what had happened until they reviewed the auto shop's surveillance video.

"I want justice. I want him to be held accountable for what he did. He not only damaged me but he scared my family," she said.

Gomez said police were called, but she has had little to no response from them since the day of the hit-and-run.

"I know police have a hard job. I understand it, but if they can contact me more, not brush me off like it's not a big deal, because it is a big deal to me," Gomez said.

Gomez returned to work, but still has bad headaches and blurry vision.