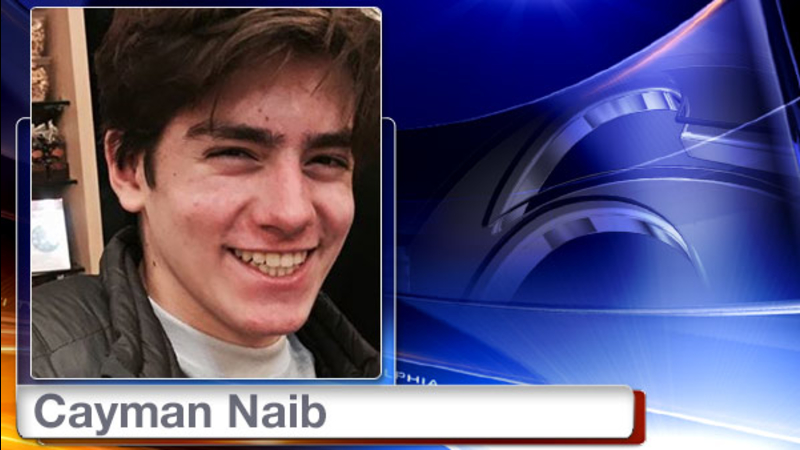 An autopsy was completed Monday and Cayman's death was officially ruled a suicide.

A message on the Celebrating Cayman Facebook page confirmed the news.

The message read, in part, "For those who have been following the Naib family's sad and incredibly devastating news, we have just learned from the medical examiner's office that Cayman took his own life. The cause of death was a self-inflicted gunshot wound to his head. The gun was taken from the home. The police have informed us that despite being fitted with a trigger lock, the gun was still able to be fired. He was found near the 3400 block of St. David's Road. His death likely occurred in the early evening of Wednesday, March 4, 2015. We were told that he did not suffer.

No words can adequately express the Naib family's pain and sadness at this news. The family has asked that the community respect their need for privacy at this very difficult time as they mourn the loss of their son and support their daughter."

The 13-year-old's body was located near Darby Creek just yards from his family's 17 acre property.

Family members made the announcement Sunday afternoon on the Find Cayman Facebook page.

It was a tragic ending to an exhaustive search that began Wednesday after he disappeared after receiving an email from school about incomplete school work.

Cayman was an eighth grade student at the Shipley School in Bryn Mawr, Pa.

On Monday morning, students arrived to school with heavy hearts.

"This is devastating. Our thoughts, our love, and our prayers are with the family. Cayman was a terrific kid," Shipley Headmaster Steve Piltch said.

A vigil was held Sunday night at the school.

Students remembered a young man who thought outside of the box and thought of others before himself.

"I came because it really shows how strong we are as a community," said Nick Wojtelwicz.

"This is every parent's nightmare - of course we're saying our prayers and sending them all the love," said Piltch.

Shipley has a staff of counselors at the school helping students with their grief.

Naib's sister is a 9th grader at the school.

Piltch says the school held an assembly this morning and are working through the tragedy.

"If there is anything for all of us to learn is the importance of reaching out and being together and hopefully, being able to identify when someone might be in need to get him or her some help," Piltch said.
Related topics:
newtown township (delaware county)pa. newsmissing childrenteenagermissing person
Copyright © 2021 WPVI-TV. All Rights Reserved.
More Videos
From CNN Newsource affiliates
TOP STORIES